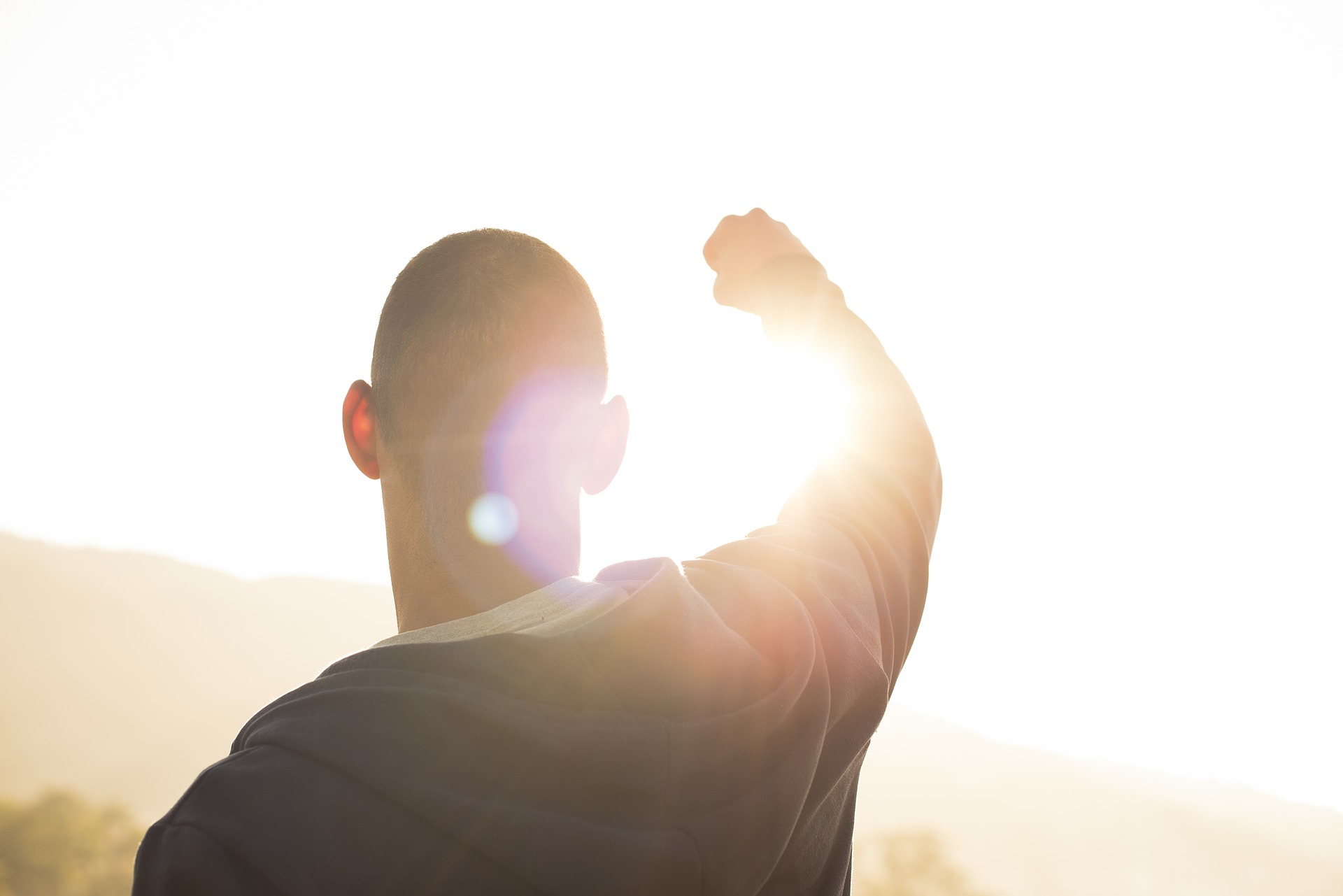 I’m one for continually saying that you can beat depression with a dedicated effort. But one thing I know is that it’s easier said than done. My journey with depression spanned over several long and arduous years and it wasn’t a case of just waking up and feeling better, no. It was a case of continually trying to rewire my thoughts in a different way. Which took a lot of painstakingly hard work, and I’ll admit, quite a lot of tears.

Let’s be honest with you. I didn’t do it without help. I had a counsellor, a psychologist, a team of psychiatrists, a psychotherapist and a partridge in a pair tree. I wouldn’t have had the help I received if I didn’t make that initial step towards the doctor and talking to him about it first. Luckily, my doctor was quite interested in Mental Health so he was willing to help.

Also, having friends and family that are interested in whether you prosper or fail at life helps. If it weren’t for my friends in my life then I probably wouldn’t be here today.

So, good support network and getting yourself some professional advice is the first step. The very first step. It should be the first thing you do before even attempting anything next.

Beat depression by quitting the alcohol and drugs. Not some of it, all of it

My very first step into wellness was quitting the alcohol and narcotics. No question. My life became infinitely easier to deal with when I stopped this. There is absolutely no doubt in my mind that drinking alcohol and mixing with cannabis played with my mind. To what extent, I’m unsure, but one thing IS for sure is that when I stopped it all I began to feel fresher, quicker, and for more able to understand everything that was presented to me.

Not easy to beat depression when you’re using alcohol and drugs as a crutch. No, don’t shake your head at me — it’s yourself you need to convince, not me.

The insidious thing about the entire addiction is that if you had told me that I needed to stop because I was self-medicating I would have told you I wasn’t. I didn’t realise I was doing it anymore — I had done it so much that I had trained my body to want it, to need it, and I didn’t know why. Only that I needed my next fix and I didn’t care who I was going to have to annoy to get it.

A lesson about addiction that’s universal. Doesn’t matter what you’re addicted to.

I don’t think many people understand that you can become addicted to literally anything. Alcohol, drugs, food, the internet, even going to the shop. If it lights up those dopamine receptors in your brain like a pinball machine then you’ll be enjoying it, and if you do it enough times the body will want more of it. What happens is that your body will build up a tolerance to something that you enjoy and need more of it to sustain itself.

That’s why beer drinkers end up on the whisky

That’s why internet addicts are online until 4am and it keeps getting later.

Doesn’t matter what, only that you will build up a tolerance and eventually you will need more of your addiction to sustain your happiness. Rinse / repeat.

The reason why it’s a good idea to quit the drink and the drugs is because it seriously hinders your capability for a good life. Hungover mornings, late nights, worrying what you did the night before doesn’t make for a good life. You see?

When you’re trying to beat depression you will need to remove all the immediate obstacles in your vicinity, right?

Did you know you can get addicted to negative feelings too?

Yup. There’s a saying I’ve heard a lot in my life and that is

If you call a horse a pig often enough then one day he is going to think that he is a pig.

Simplified, this is like saying, If you say negative things to your child often enough then they are going to grow up thinking negatively.

Think about it the way I was brought up. I always had my father condescending me and shouting me down and for many, many years I would believe that I deserved it. When someone comes along and tells you something positive then it’s hard to accept it because all you’ve heard are negative things. It can often feel like the person saying those positive things aren’t being genuine.

Another way to put it is if you travel one way to work for twenty years. Your father took that route for his entire life, and you learned growing up that was the only route into town.

Then out of the blue, someone tells you of a better route that you’ve never heard of in the twenty years you’ve lived there — will you take the new one? Better yet would you even believe that the new route to work even exists? How long would it take to convince you that there is another route? And for you to keep travelling the new one?

I mean, you’ve done the same journey to work for twenty years, why even bother changing anyway? You don’t even know if it’s quicker. Why risk it right?

This is the workings of the mind. If all you’ve known is people telling you that you can’t do it — how will you ever believe that you can?

Depression is sort of like all of that rolled into one

For me depression was sort of like all of that rolled into one. Believing that I was worthless, drinking heavily because I didn’t want to feel worthless, and not knowing how to step out of that because it was all that I had known. No-one had shown me any way out.

It’s tough out there my friend. People these days rarely give a crap. They just don’t. Oh they’ll pretend they do for sure. They’ll shout from the rooftops at how awesome they are but as soon as the practical needs to be set in motion they’ll be nowhere to be seen. The sooner you learn that no-one gives two hoots the better you’ll be about life.

Keep those that do give two hoots about you close though. I’m sure there will be a few. If you haven’t realised yet those will be the people that stick around you even when you’re being an insufferable prick, and yes, we can all be prone to our insufferable days.

Once you’ve got a team of doctors behind you, stopped the alcohol, drugs and figured out who your friends are, do this next!

Analyse your history. Another saying in life I like is that

A lot of my recovery was about understanding my mental health and how I became what I am. What avenues I went down, where I went wrong, what I did right, what circumstances were in my mother and father’s life that led them to treat me good and bad, and sometimes indifferent. Most importantly my own mistakes. My counsellor helped with all of this.

It was tough realising that I was just like my dad since all through my life my mother and grandmother had used the “You are just like your dad” as an insult to my behaviour. When realistically I was always going to be like my dad no matter what — I was his son after all. My dad had good points too. After all, he was wildly liked by his friends.

I won’t go into too much detail and spoil the journey but certainly analyse your history and ask yourself why you do the things that you do — including put yourself down.

The brain is like a muscle. It can be trained and also untrained.

This is a lot easier said than done. I know this one is an uphill battle — it was for me.

It always starts with small goals. Typically with depression we tend to rush to the end result in scenarios. And we often undersell everything that we do. So start with small realistic goals. Instead of saying,

“I can’t become a writer with a popular blog. People just wouldn’t read me. And I’m rubbish at writing”

You can counter that thought with this small realistic goal:

“Let’s start a blog and write my thoughts down. I’ll see where this takes me. If nothing happens then at least I’ve tried”

See? It’s a small goal, and a realistic one, which can lead into long term goals like take a writing class, or a marketing course to learn how to write to an audience. See?

Don’t think that this will happen over night. This is years in the making, and sometimes you’ll be so frustrated and angry at yourself you’ll just want to throw in the towel. Remember those friends that stick by you? Yeah, those days where they come in handy the most.

But the brain is a muscle and it learns patterns. So if every-time you find yourself going straight to a negative, counter it with a positive, followed up by a small achievable goal.

It took me three years to stop feeling like I needed a drink, or a puff on the cannabis stick. Sometimes I feel a bit inclined to do it even today, 14 years later. So please don’t think this is an easy game. It’s long term, and you’ll need support from a range of professionals, family and friends.

But you can do it, I believe in you.

Before I go, I’d also say do exercise too. Exercise produces happy hormones

I’ve spoken to a lot of guys that try to beat depression by exercising lots, and they are coping fairly well. Or at least that’s what they’ve told me. But I DO know that exercise releases happy hormones and makes you feel far better than if you were in the house sitting around doing nothing all day.

It can be hard getting up doing something when you can’t get up — but small goals remember? You may not be able to go to the gym and bench press 200lbs just yet, but you can certainly get off the sofa and make dinner.

“I can’t exercise, I can barely get up off the sofa”

Can be changed into,

“Today I can manage making dinner”

It’s not easy, and I don’t envy you for having to go through this. But I do emphasize because I have been there before.