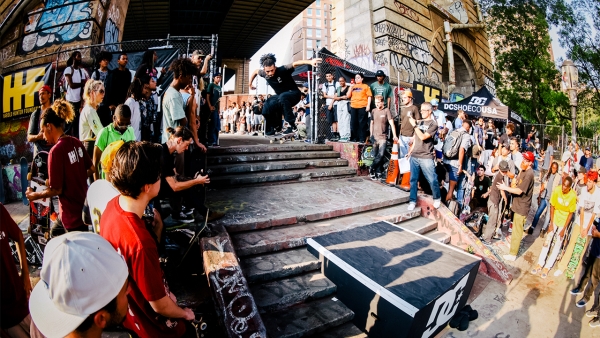 On September 12th, the DC team and a 1,000-plus skaters converged at New York’s LES Skatepark to celebrate Harold Hunter Day XIV. From OGs to young guns, guys, girls, spectators and participators—everyone was in attendance. The scene was sparked as they lit up the park and kept Harold’s memory alive. Check the recap, then come to the next one. —Mike Heikkila

Pool tournaments, photo shows and a skate jam full of pure joy, this is just a glimpse of the good times

Getting off on the good foot, the girls got the day’s event going with a best-trick contest in the corner pocket 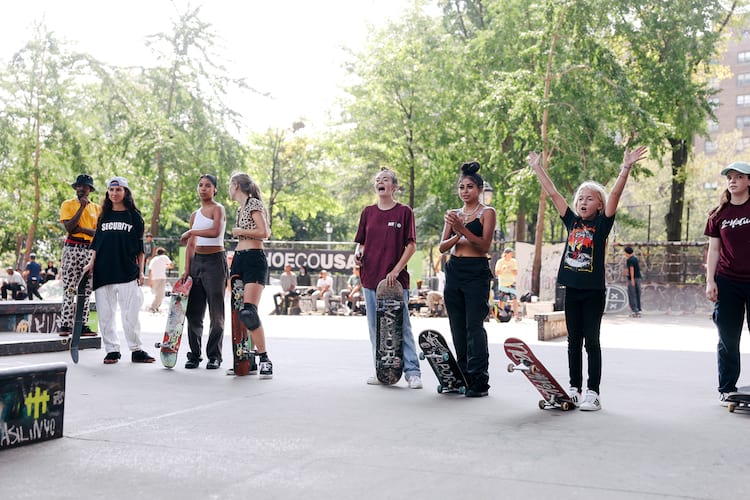 Hype it up or set if off, these ladies brought the good energy to the park 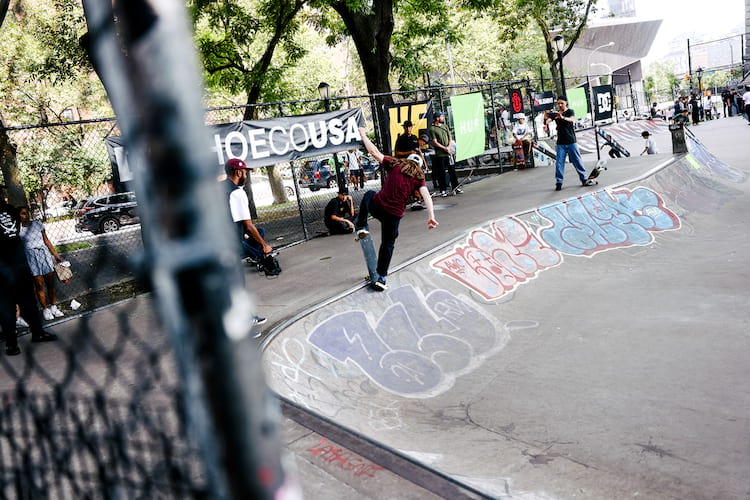 Blunt kickflip on the Daewon tip, Jordan Pascale was puttin’ it down 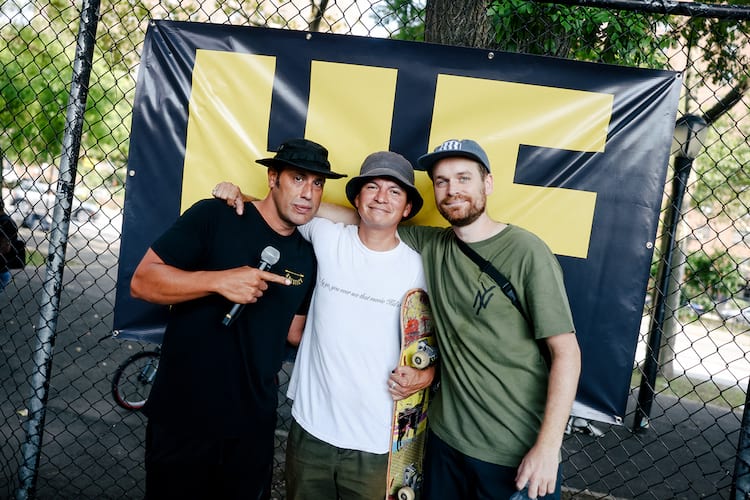 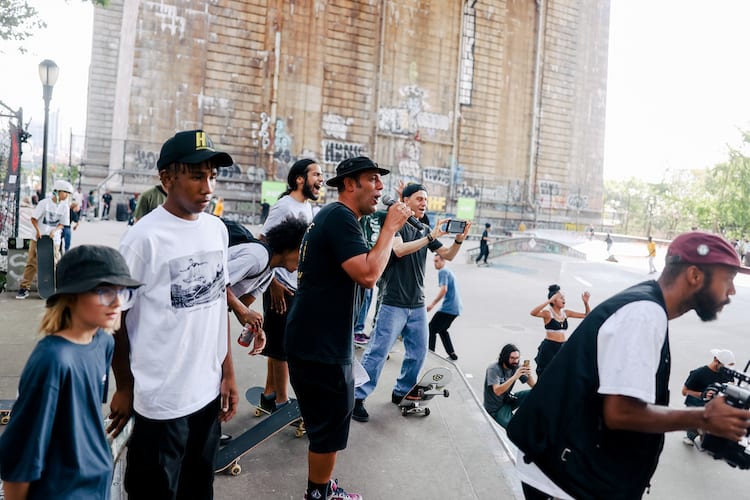 Steve’s been keepin’ the scene stoked for decades; Harold Hunter Day would be no exception 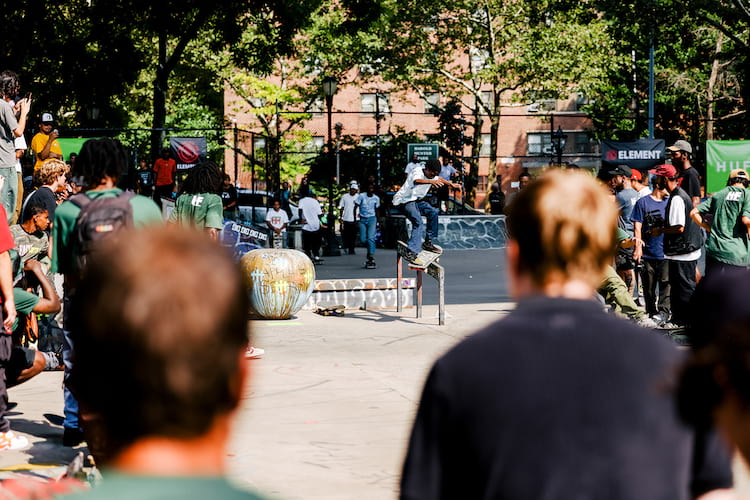 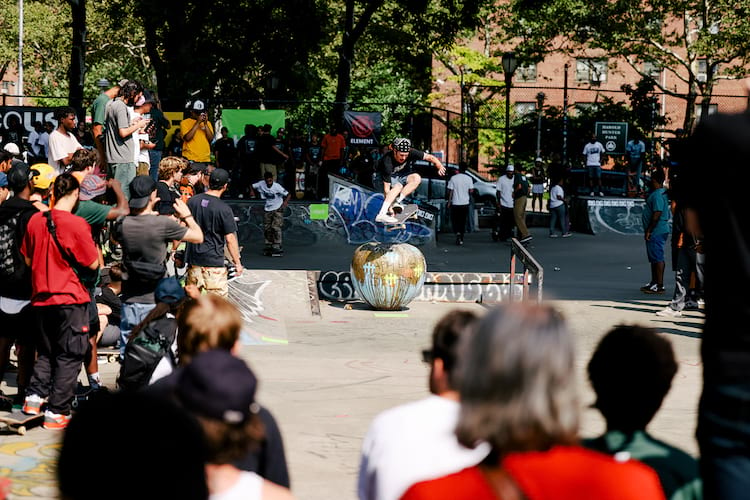 This shove-it melon rewind over the apple really doesn’t translate in a photo, but that bandana’s pretty sick 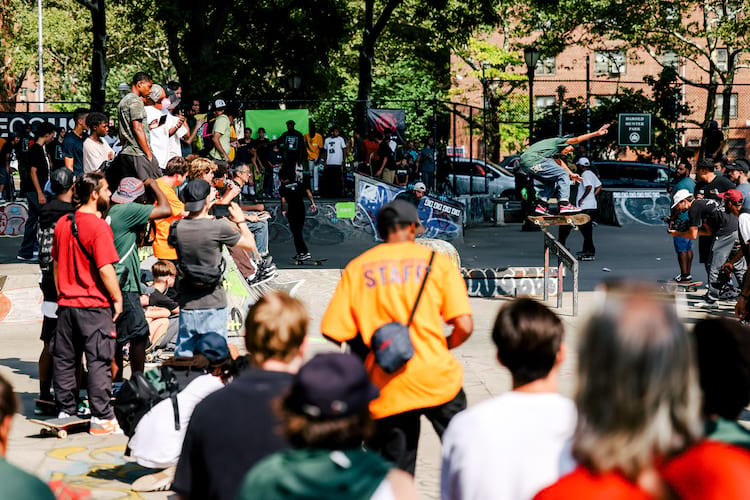 Jiro, kickflip front board without his Red Bull hat fallin’ off. I heard they glue those things on 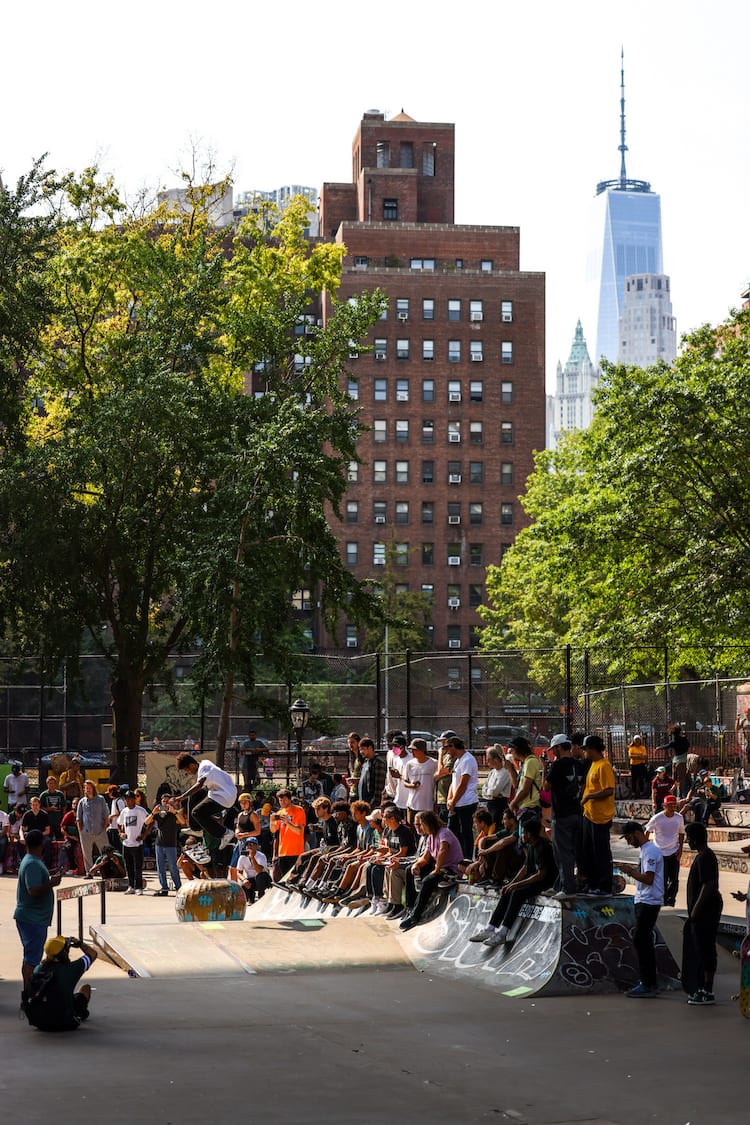 What a sight—ollie late flip with the Freedom Tower overlooking 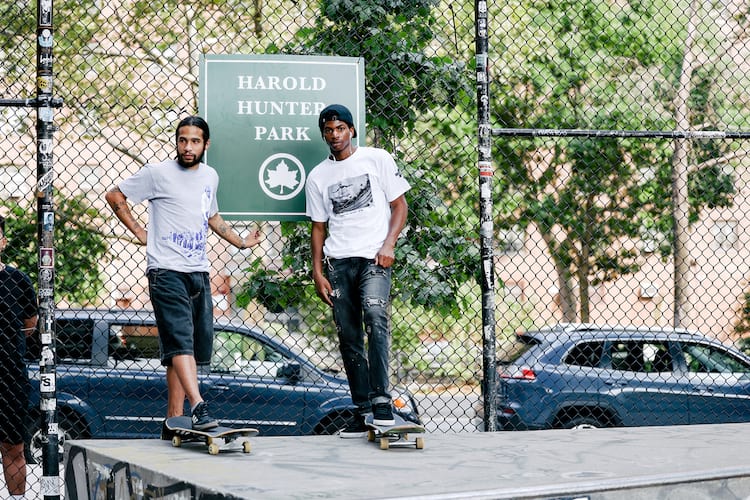 LES was dubbed Harold Hunter Park for the day and no one could disagree. Maybe we can leave that up a little longer? 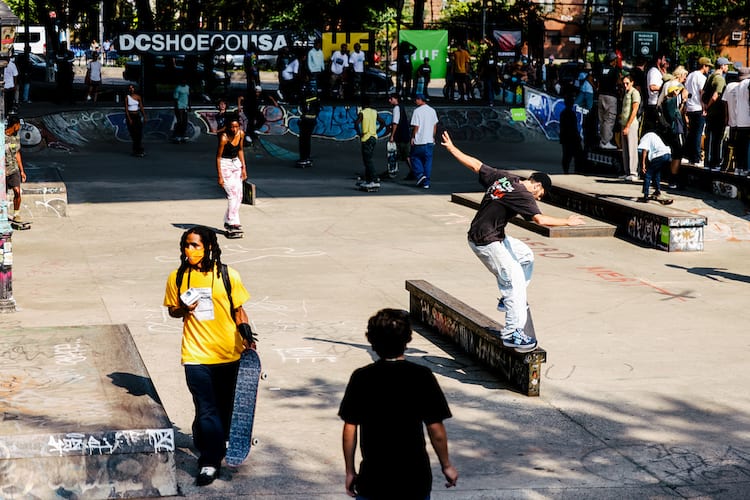 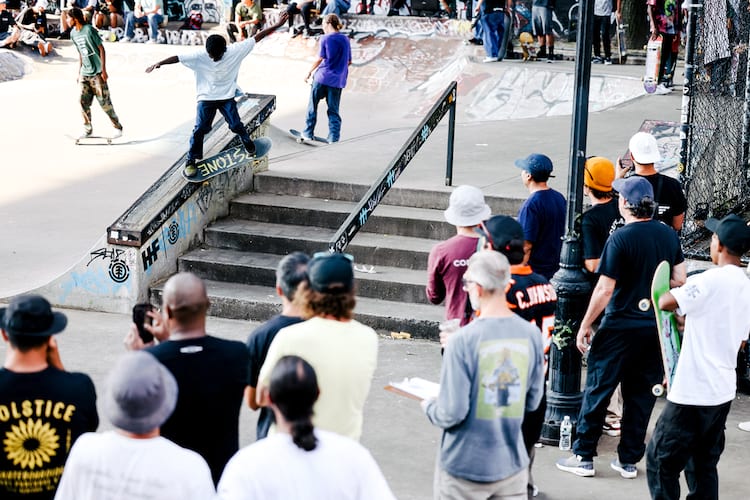 Over on the hubba, Rara went on the attack again—crooked grind with some added respect for our guy 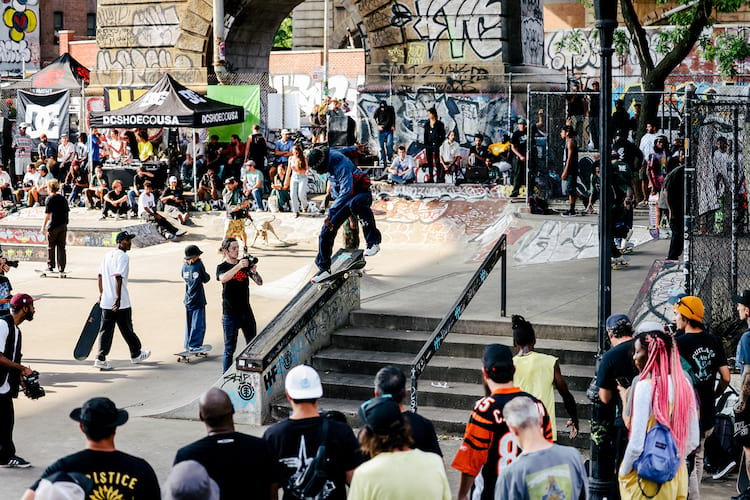 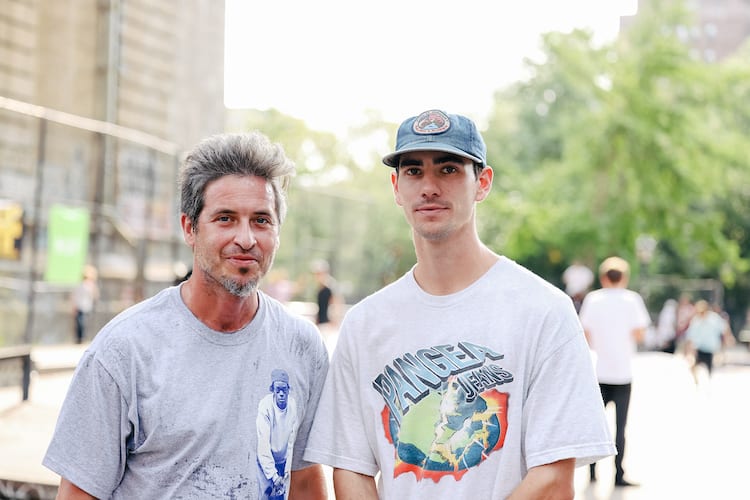 Before the next event, let’s walk the grounds. First up, some East Coast icons in the wild. Fun fact: Quim Cardona and John Shanahan have both been on the cover of the mag 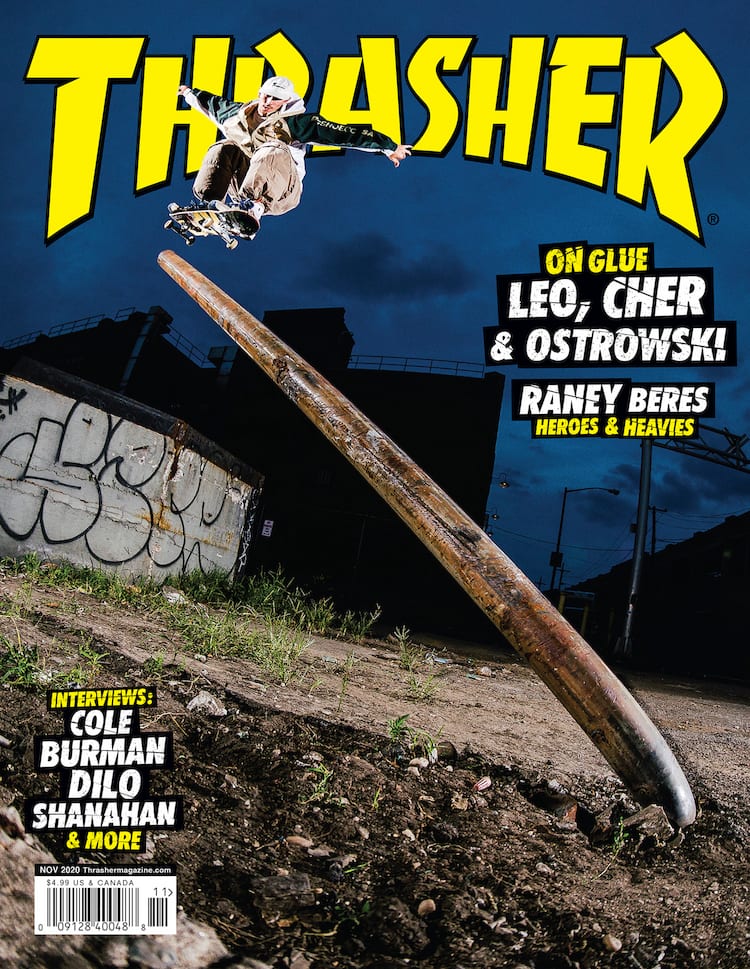 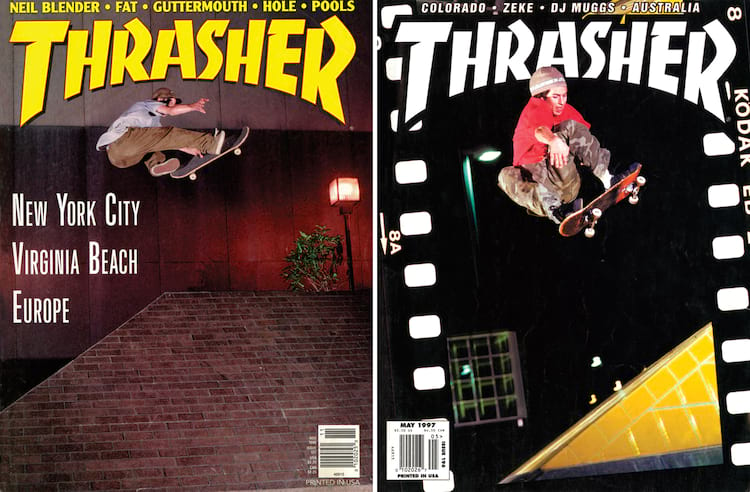 I wasn’t the only one covering this thing. The best camera is the one you got 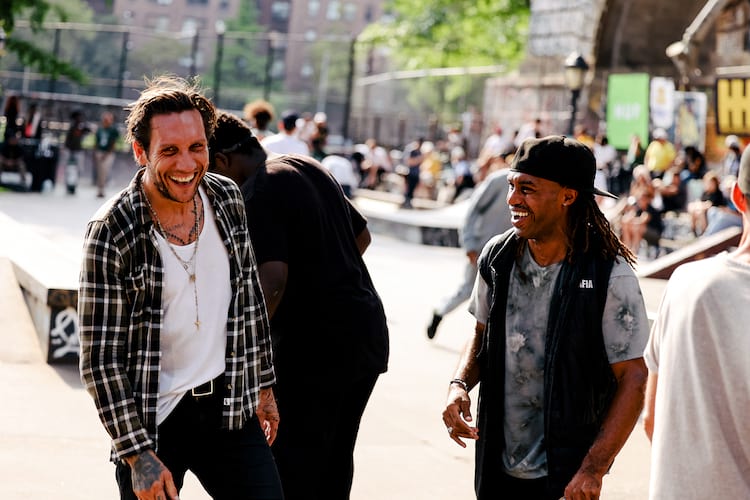 Brandon Novak and Brandon Turner made it out the Big City. These dudes have paid their dues and then some 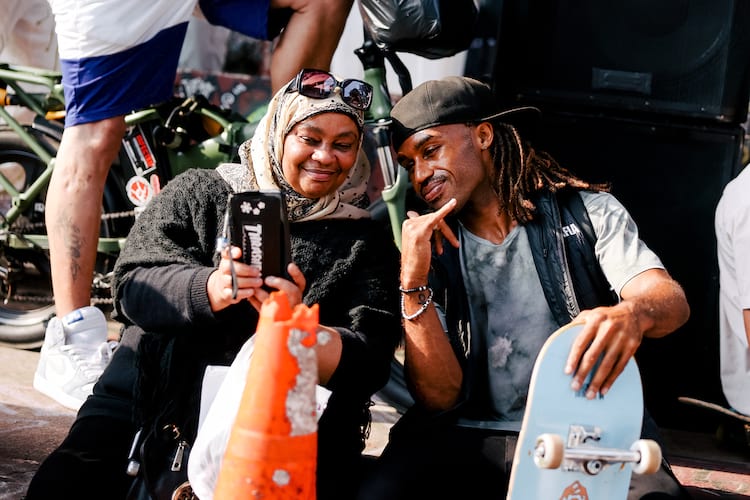 Everyone wanted to get a flick with Lil B. Who knows when he’ll be back?! 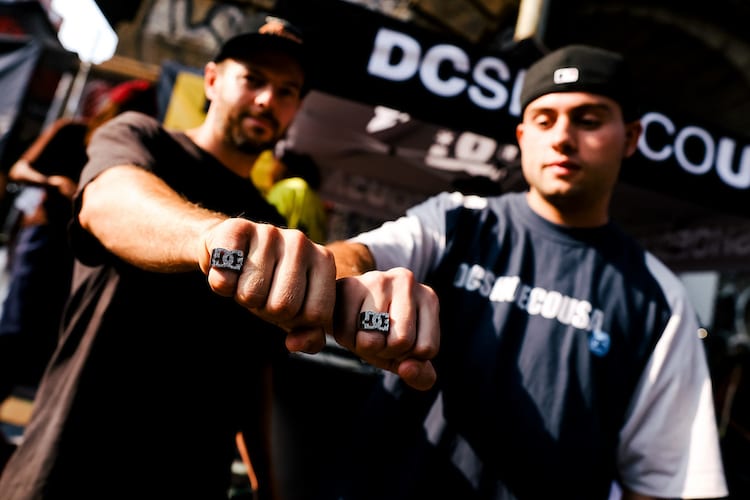 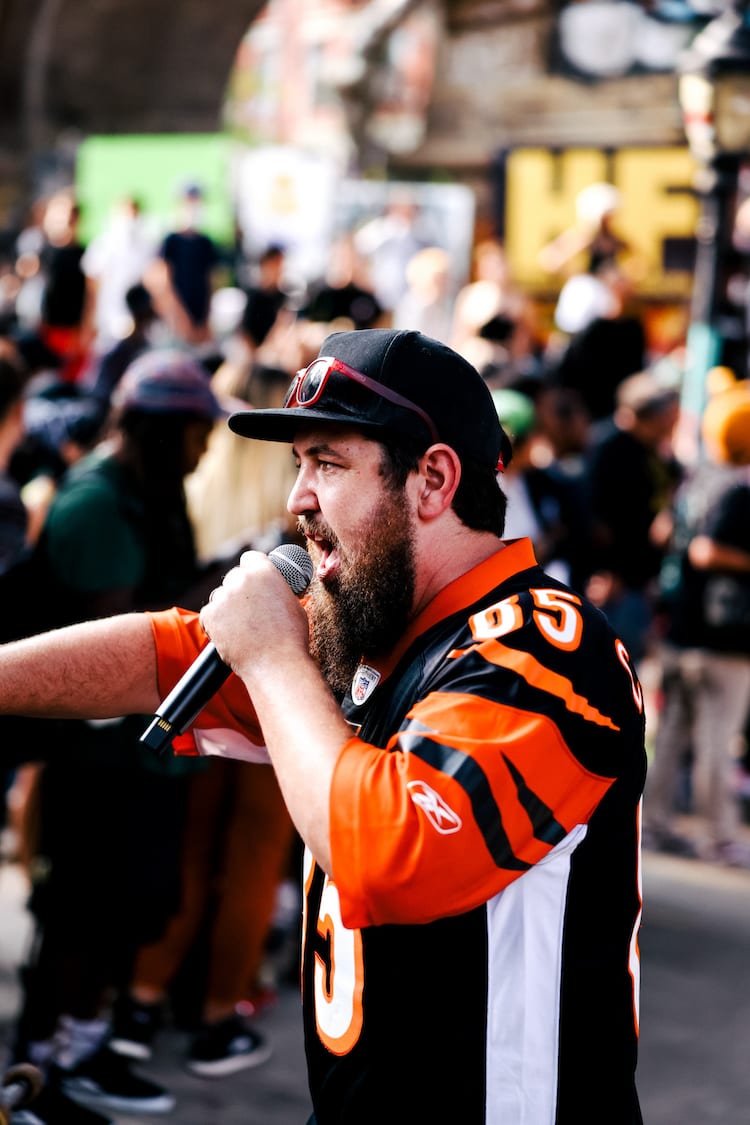 Scotty “The Body” on the mic for the final jam. He ain’t afraid to tell the people what he wants to see 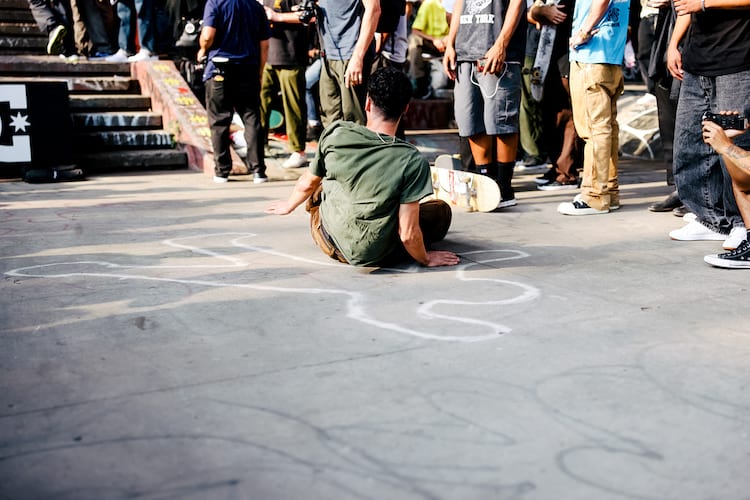 Closing out the day, the double set got a facelift. With DC’s makeshift Union-Square block, there were only two outcomes: glory or the grave. This kid flirted with both 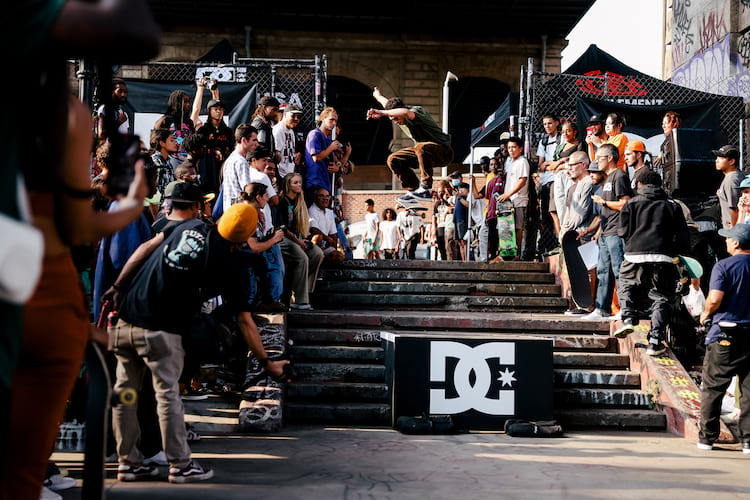 Back from the dead, he gets the kickflip onto the platform 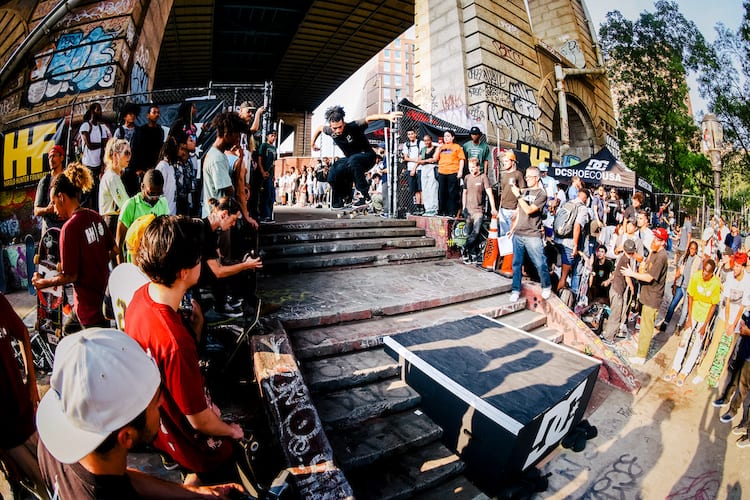 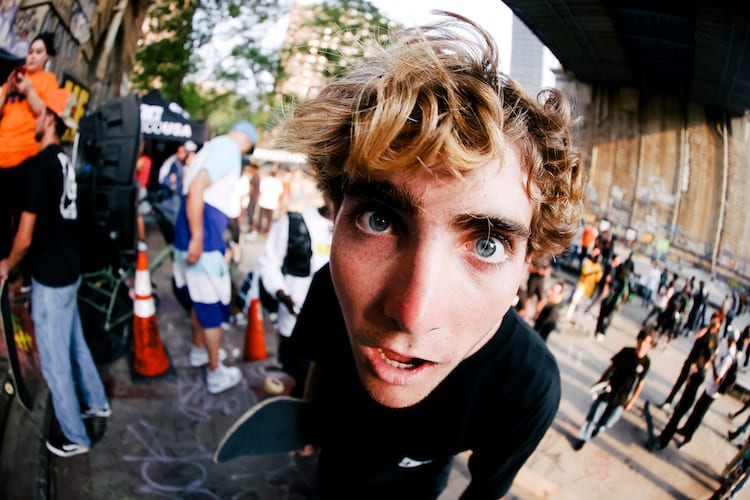 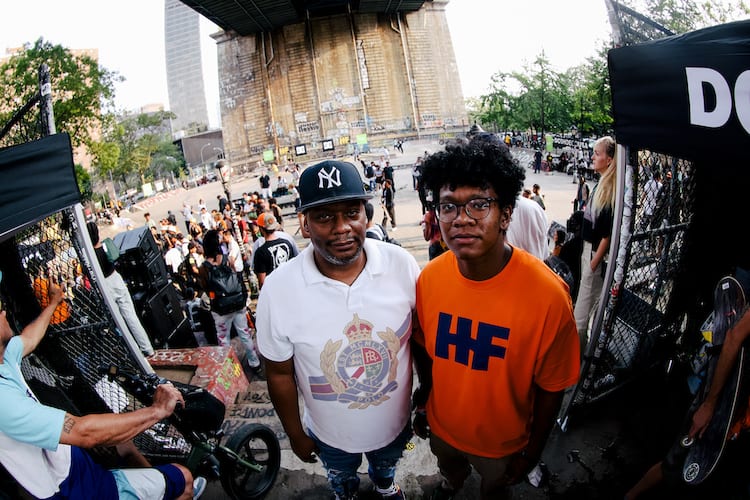 Pay some respect to the OG Ron Hunter. He and the HHF crew pulled off one helluva day 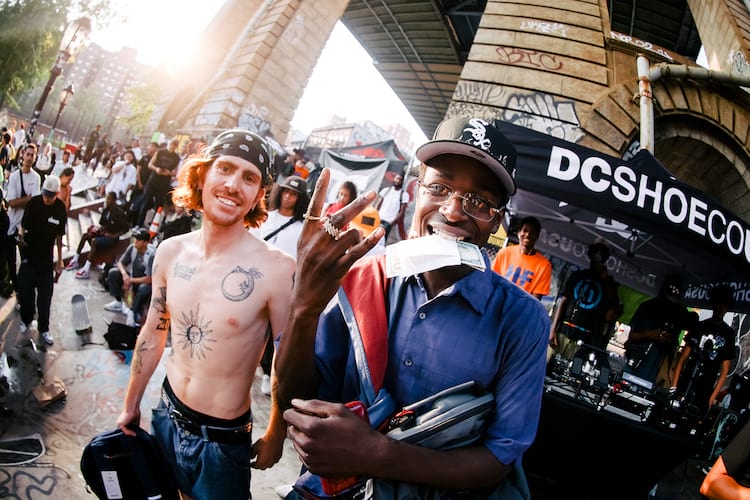 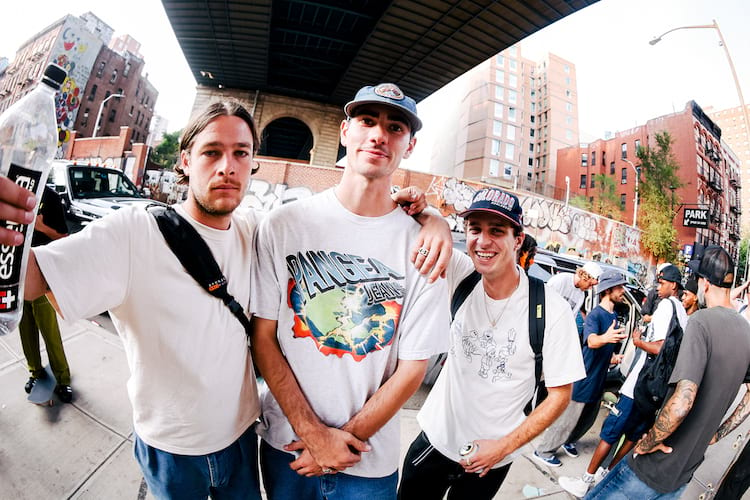 Josh Wilson, John Shanahan and Will Marshall take a break from stackin’ Bronze clips. Now see if you can spot a SOTY 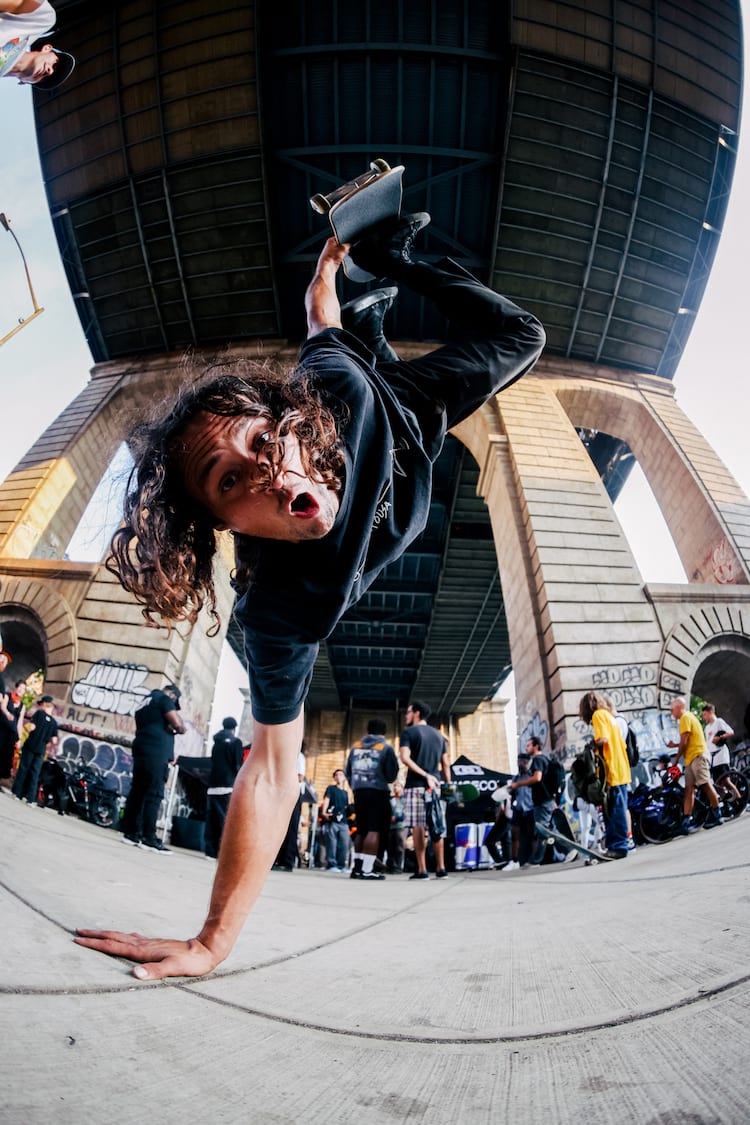 It was a good day at the park, but eventually, the streets were calling. Evan ends one session and starts another with a wild-style streetplant 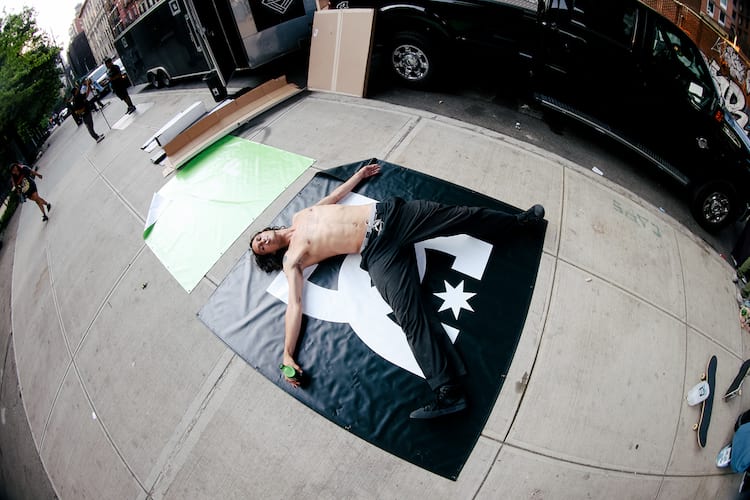 That’s all, folks. Thank you again to the Harold Hunter Foundation and DC for putting this thing together. Can’t wait for the next one. We’ll just leave Evan here ’til then