Ernie Torres busted out of Oklahoma in the early 2000s, earning a seat in the REAL van with his heavy moves and wicked sense of humor. Thanks for the memories, Big Ern! As seen in our Aug. 2021 issue. 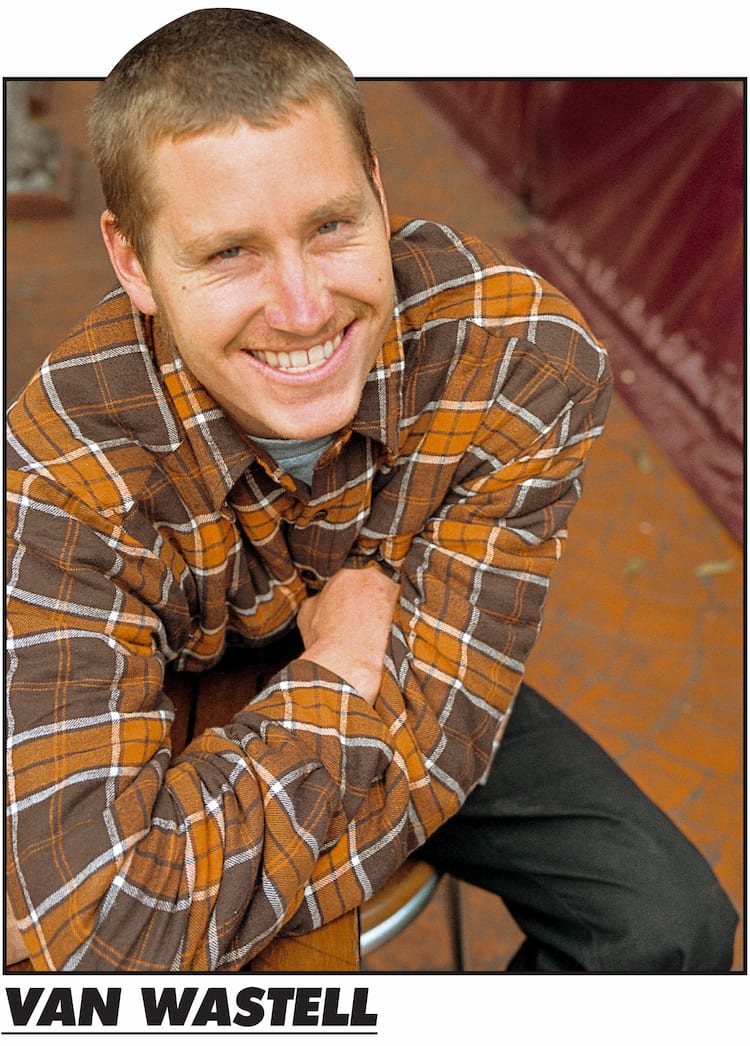 When I officially got on the REAL team, Van was the first to congratulate me. We were in Oregon one time and he randomly said, “Ernie, what day is today?” And I was like, “It’s Thursday,” and he said, “Damn, my birthday was yesterday.”

Been riding his coattails since day one. He got me on my first skate-shop sponsor, all the way to a pro career. He saw some potential, I guess. I’ve seen him do the gnarliest shit. He once rolled his ankle right before a big demo, so he skated it switch and shut it down anyway.

This guy did so much for me and the guys on Adio. He was the glue of that company. After flying me out to San Diego for my first shoe party, he sent me and my girlfriend at the time back to KC on Adio’s private jet! I’m not sure what’s crazier—that I had a shoe, or that a skate company besides Nike had their own airplane. 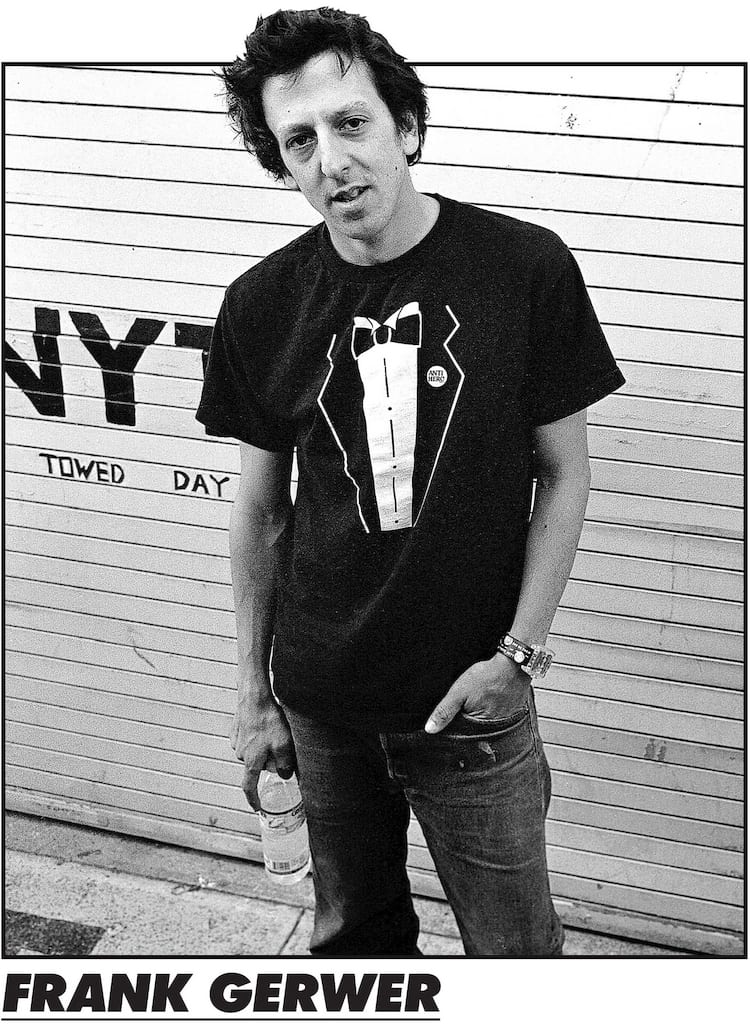 A few things about Frank: 1. He taught me how to skate the streets of SF. 2. He introduced me to mushrooms. And 3. While we were on them he blew up a condom and made up a game called “condom drop” which I somehow lost $100 to him playing. It was worth it, though, ‘cause he’s had my back for years. 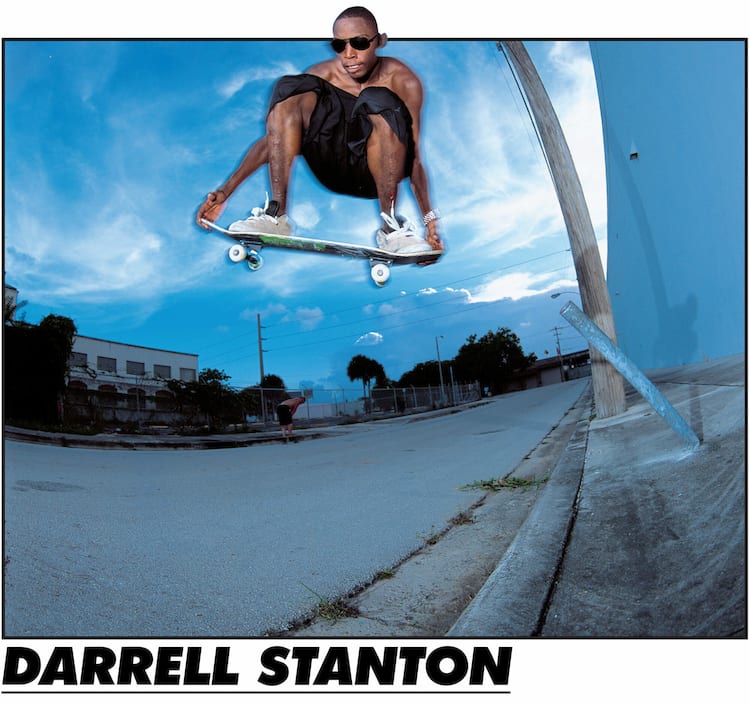 I remember being on a sesh with Ramondetta skating a big rail. Pete got a trick and I got smoked and rolled my ankle. As we were packing up to leave, Darrell turned to me and said, “Hey, big rails aren’t for everyone.” A couple minutes down the road, I made them turn the van around and go back. I jumped out and grinded it a couple times, purely out of spite. 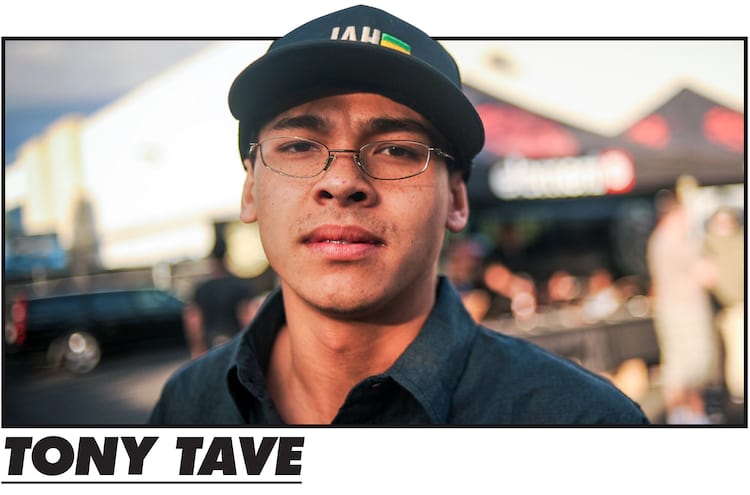 Dude can still nollie tré flip 13 stairs. He’s a rad dad and the most-conspiracy-theories dude. If you want to sleep at night, do NOT click on any YouTube links that he sends you.

Jeff is my oldest friend. He still goes out and finds skate spots for me for when I come to Tulsa. We once spent Christmas Eve together at a gas station in the middle of nowhere because I convinced him to drive his piece-of-shit car to KC and back for the weekend. It broke down and my dad had to come get us. Merry Christmas, Jeff!

There was a bunch of us at Matt Mumford’s house one night. Alcohol was involved and Lee shoved me into the fridge and slammed the door on my head. I fell on the floor and he poured Tapatio in my mouth. A couple of the $lave skateboard team dudes tried to help me, and he started fighting them. They were getting socked up and I was trying to tell them that Lee was playing around. Next thing you know, Mumford’s dog gets in on it and starts biting him so Lee started punching the dog, too. The whole party stopped and everyone was bummed out on Lee. “You guys had me like a mouse in a corner!” he said as he headed for the door. Gotta love Lee. 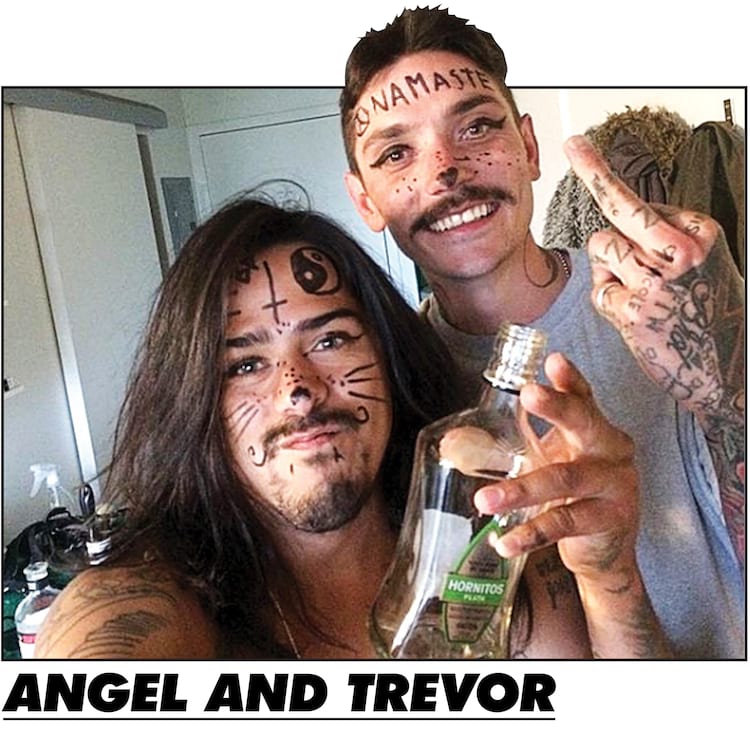 These are my OG Denver brothers. If you know them, then you know they go back like car seats. They’re both very hardheaded, drunk ’n’ high, amazing skaters. I’ve had young skaters come up to me and be like, “You’re the nicest pro we’ve met. We met Angel last month and he was a dick!” Trev is one of those straight-to-the-point homies but will also nollie 270 lipslide handrails then give you a tattoo. I call him “Tat Von T.”

A masterlensman, I wouldn’t be where I am without the help of him and his family. They took me into their house and all I had to do was skate and drink beer, which we all got very good at. One year at Make-A-Wish in Houston, Erik Ellington was wearing some college team hat and Aaron kept telling him how the team sucked. We’d been drinking, it turns out. Erik was like, “Who the fuck is this dude?” We had to hold him back from whooping Aaron’s ass. 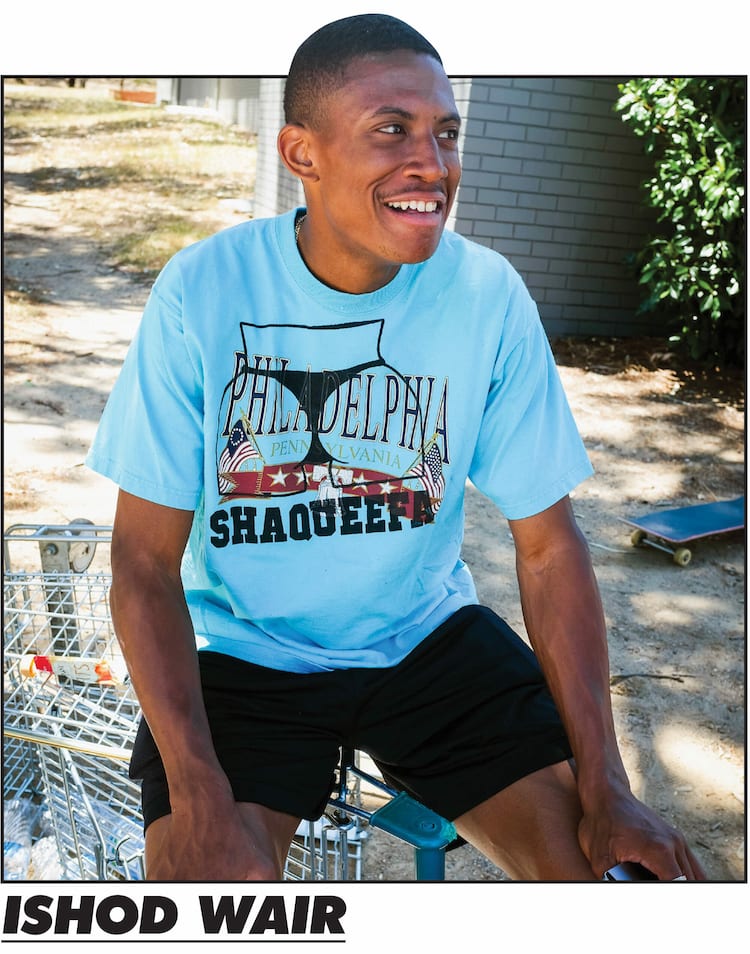 People ask me, “How is he so good?” Well, when he first started going on REAL trips with us we would skate all day trying to get clips and would end the day with a team dinner, then have beers and shoot the shit in the hotel. Meanwhile, Ishod is eating cereal and watching skate parts on YouTube, then he would go skate at night by himself for a few hours. But don’t worry, kids, he turns up. Trust me, all of your favorite SOTYs turn up. 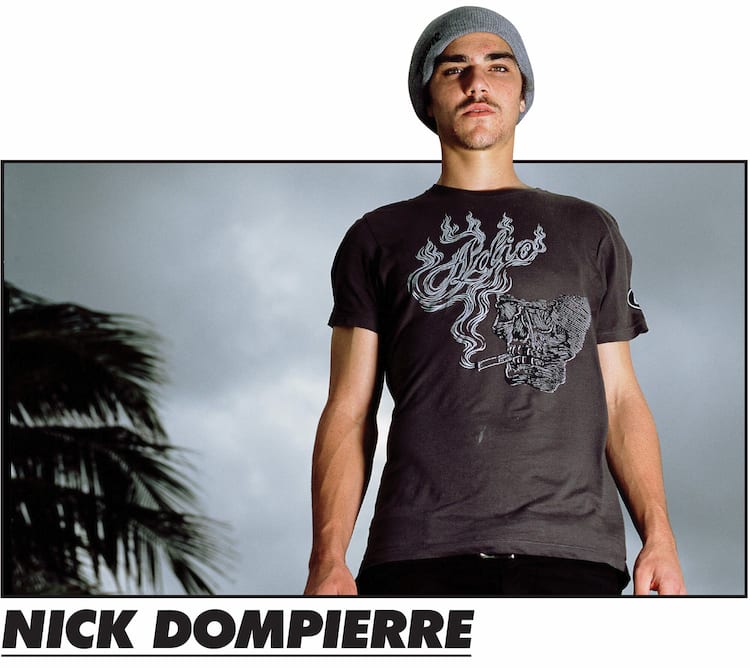 We got on REAL and Adio at the same time and traveled the world together as roomies. I walked into our room one time and he was editing his footage to Linkin Park. Next, we got ice cream from McDonald’s, which he immediately threw up ’cause he’s lactose intolerant. “I just love how it tastes!” he explained with a smile. The kickflip he did from the loading dock to the street for his Spitfire ad will always be the craziest thing I have ever seen. 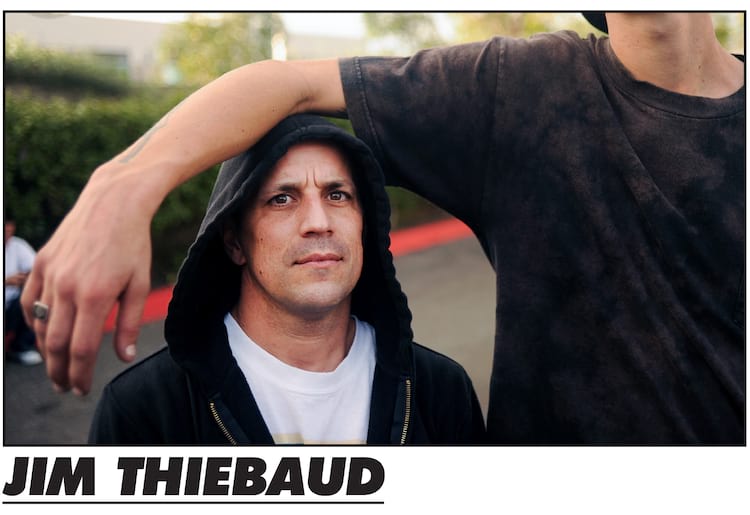 He’s the godfather of skateboarding and has been a mentor to me since I was a teen. The guy loves it more than your favorite skater and really is as nice and concerned as he appears. That said, I did have to choke him out once. Fact!

Aka Captain Crunch, he was another masterlensman for REAL. If we were ever skating a spot and it was too hot for him, he’d just call off the whole sesh. That’s a bold move for the filmer. He once told me, “Of course there were dinosaurs. I mean, fossil fuel? HELLOOOO?!” 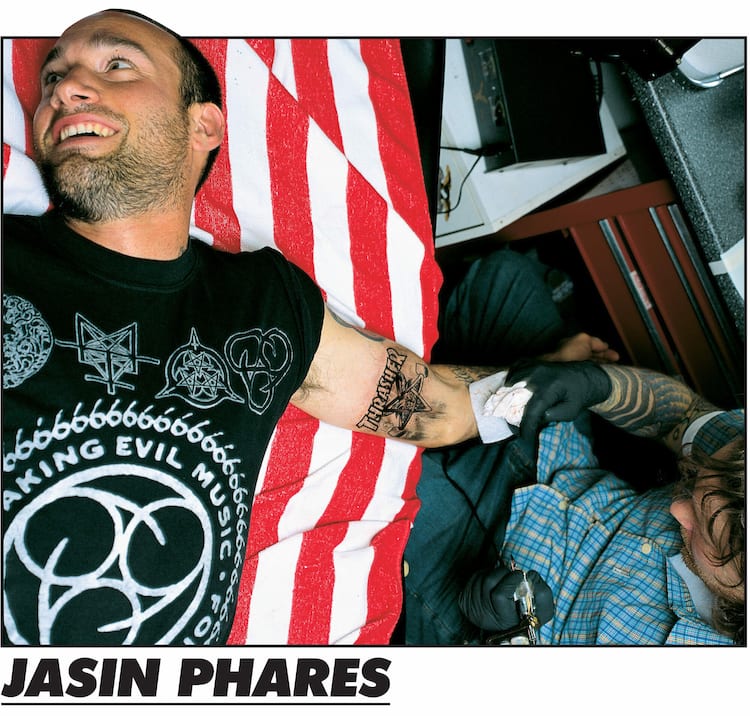 Jasin was like a father figure to me. It was nothing but love and respect, but with love occasionally comes tough love. He thought I should have tried harder to win Tampa Am and he took out his frustrations by drinking 100 beers and then choking me out and bitch slapping Anthony Shetler for trying to help me. I woke up to him shaking me in the air, telling me, “Wake up!”

Steve taught me how to balance real life and partying. This guy could talk you out of your boots in the snow. He was such a regular at this burrito spot that after the bar closed he was allowed to go in the back and make his own burrito.

Most-pop dude, he’s in my phone as “Jake-in-a-Million.” I legitimately thought Jim put him on the team as a charity case since he won that SLAP contest. For the first year he went on trips with us he never skated the rails or gaps. I thought he was our water boy or something. Then he finally broke out of his shell, started ripping and never stopped. 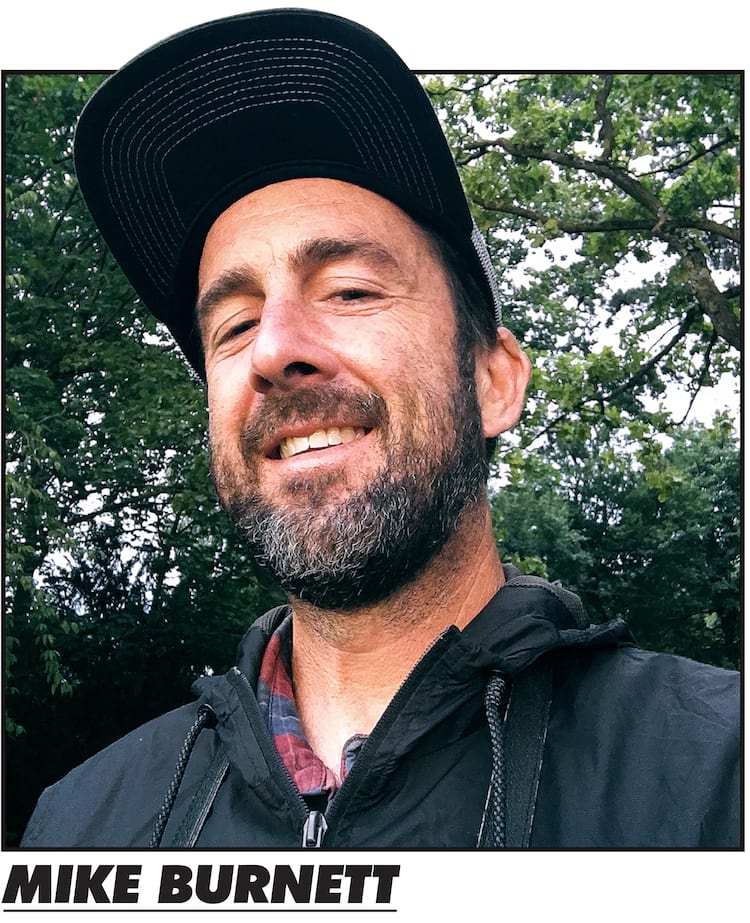 One time I called out this sketchy 18-stair rail in San Diego. I brought my girlfriend with me, but made her wait in the car ’cause I didn’t want her to see me die. I Smithed it second try, but Mike somehow botched the photo. He offered me $50 to try one more, which I ended up getting. We were both stoked, but then his photo lab burned the film so it never came out anyway.

I don’t need to talk about his skating ‘cause you all know. So I’ll explain Sean like this—when we go back to Kansas City, he’s forever known as “The Golden Boy.” People go crazy. They ask him to sign their baby’s foreheads. They won’t leave him alone! And when I’m with him it’s like I’m the cool uncle. I get invited to the cool barbecues and all the kids wanna hear about the times I went to jail. 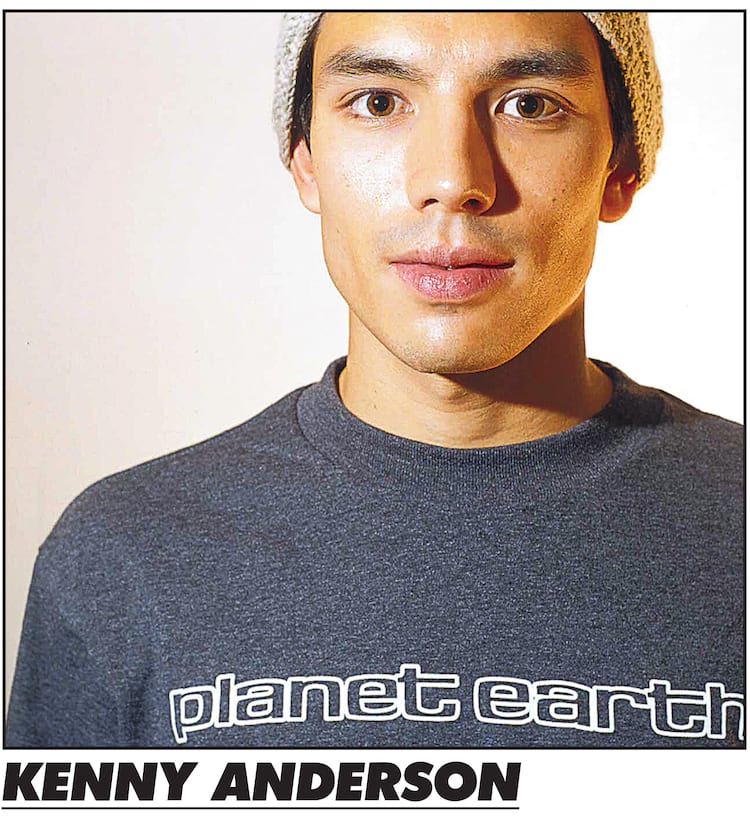 The perfect man—dude can skate, cook, cut a rug, bowl and catch flies with chopsticks, which makes it pretty funny that one time he threw his skateboard through the team-van window ’cause he didn’t wanna be filmed.

Most-superstitious dude, hands down. When he’s listening to music, the volume can’t be on an odd number. He has crazy madness when he skates—has to touch the stairs, touch the rail, fucks with his zipper, rubs his Mohawk, but in the end… he’ll over noseblunt the biggest hubba. 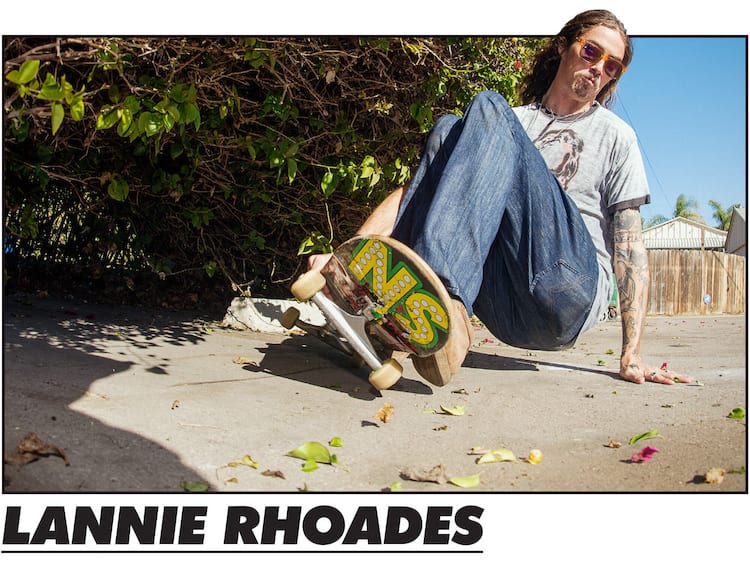 When iPhones first came out I got one and Lannie was low-key jealous. I remember he told me in a sad voice, “Man, I’m never gonna get an iPhone,“ and I was like, “Yeah, probably not.”

He was the Deluxe bodyguard. I love Mic but I always had a feeling that I was never good enough for him. He was probably right.

A lot of people don’t really know this but Gabe has a big say on who gets on the REAL team. He’s one of the most important people on the trips, so if you’re a skater trying to get on a Deluxe brand, you definitely should offer to carry his bags, hold a flash and meet him with coffee in the morning. 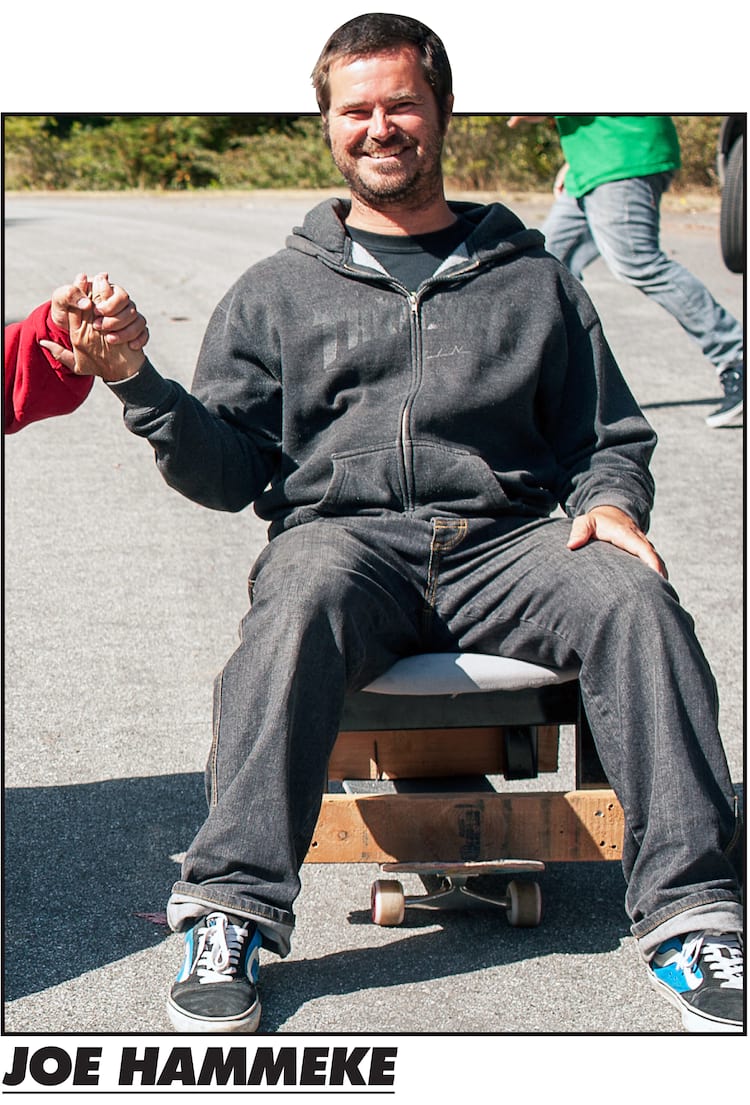 Been skating with this man for close to 20 years. He and his wife Jessica even had me over for Thanksgiving one year. I traveled the world with him and listened to his tales over many a beer. Dude was a skateboard almanac. He was my best friend while I was in Phoenix. A true ripper, it’s too hard to say goodbye so I’ll just say, see you later, Hammeke!

Check out these other “People I’ve Known”: