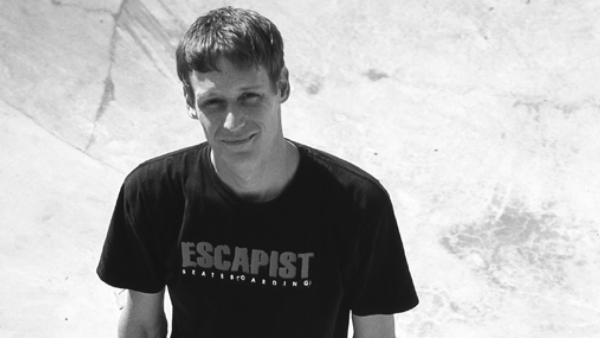 Friends and family of Corey Lawrence put together a beautiful zine that pays respect to the KC legend. Check the spreads and then get some for those who can’t. 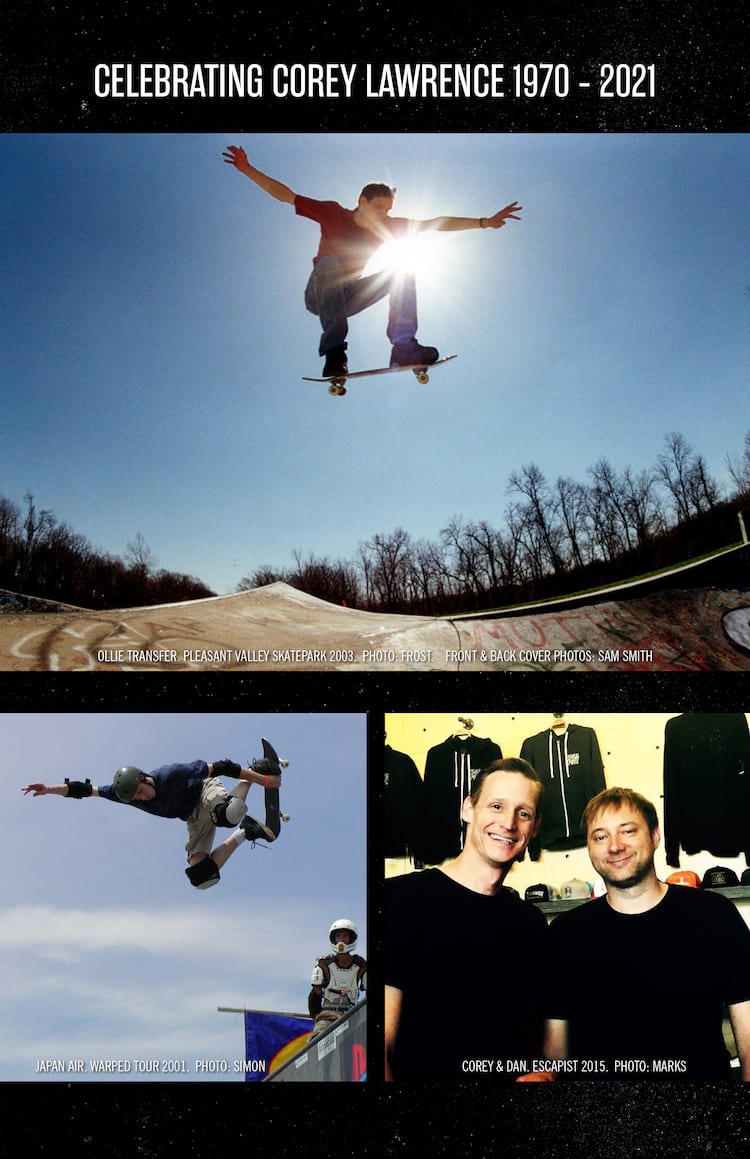 I first met Corey at Sean Ingram’s mini ramp when I was 14. I remember walking down the stairs to Sean’s backyard and seeing this guy who looked like Tony Hawk, riding a hot-pink Tony Hawk board with hot-pink Gullwing magnesium trucks—“the groove thang,” as he’d call it. He was loose and lanky but also skated with finesse. My friends and I were still new to the ramp scene. We’d seek out ramps to skate here and there, but rolling around the streets of Grandview was our daily mission until one day Sean and I decided we should start building a mini ramp when we got home from school. We had enough wood that was sitting in Sean’s garage to just build part of the flat bottom. We didn’t get far, but there was no turning back. Soon some construction-site wood found its way over and Sean’s mom and MC’s dad kicked in money to help finish it. My dad brought some coping home from the job and welded it up for us. Word soon got out that there was a new ramp in town and the entire city found its way over at some point or another. This was our first introduction to the greater Kansas City skate scene. We met so many new people and Corey was one of them. After the city made us tear the ramp down, Corey or Phil would pick us up and take us to Smitty’s mini ramp in Liberty, or a ramp in Waldo or wherever. I vividly remember Corey driving down the highway on the way to Kyle’s ramp, steering with his knee and playing the seatbelt like a guitar. He was so full of life, and he absolutely loved music. He’d never let anyone just sit on the sidelines—he wanted everyone to join in on the fun. He really knew how to push you to commit to a trick you were trying or teach you a new one, even if, on occasion, it was by way of tough love. His passion was vert skating, but he’d settle for tinkering around on mini ramps until the next opportunity for a vert session would arise. I was always amazed at some of the revert tricks he was able to take to vert with ease and how that tall, lanky body just seemed more at home on larger ramps. I remember him telling me how much easier pivot to fakies were on vert. He’d make this claim about most tricks, actually. I could never wrap my head around it, but I was always in awe when seeing it go down in person. The man was just inspirational. I wish I would have spent more time at McGrady’s vert ramp while it was up. I went occasionally and learned a few basics, but it was terrifying. Had I put forth more effort, perhaps Corey would have had another person go on vert missions with after McGrady, Becker and Darren all moved away. Still, we’d skate the Warped Tour vert ramp together when it passed through a decade later, or hit Murm’s or Dennis McCoy’s ramp from time to time. Another decade forward and Evan’s ramp went up and it was so glorious seeing Corey’s skateboarding and entire being recharged. Sure, he was older now and had sometimes gone years without skating, but he hadn’t lost a step. It was so impressive.

Catch Corey go off in Escapist’s Red and Yellow video

I’m happy we were able to squeeze a video part out of him during that time. So little footage of him existed—it was all just legend. I think he was excited to finally share his skating with more people than the few who’d shared the deck of a vert ramp with him over the years. Unfortunately, the ramp only lasted a few years, so we’d take trips to Wichita and St. Louis to skate vert. It’s a shame that Corey didn’t have regular access to his true passion. I’m truly grateful that he’d often make a point to stop into Escapist to visit, or hit me up to get some good food. He came into the shop the day before he left for his trip to Florida and was so excited to have lined up a vert session while he’d be down there. In true Corey fashion, he tried to get me to blow off everything and come with him. I should have. Responsibilities will still be there after, right? I wish I had taken him up on every trip invitation to go skate vert. It would have been even more devasting to have witnessed his accident, but I would have loved to spend those last moments with him, on the vert ramp, seeing him still having the time of his life doing what he loved. We love you, Corey! —Dan Askew 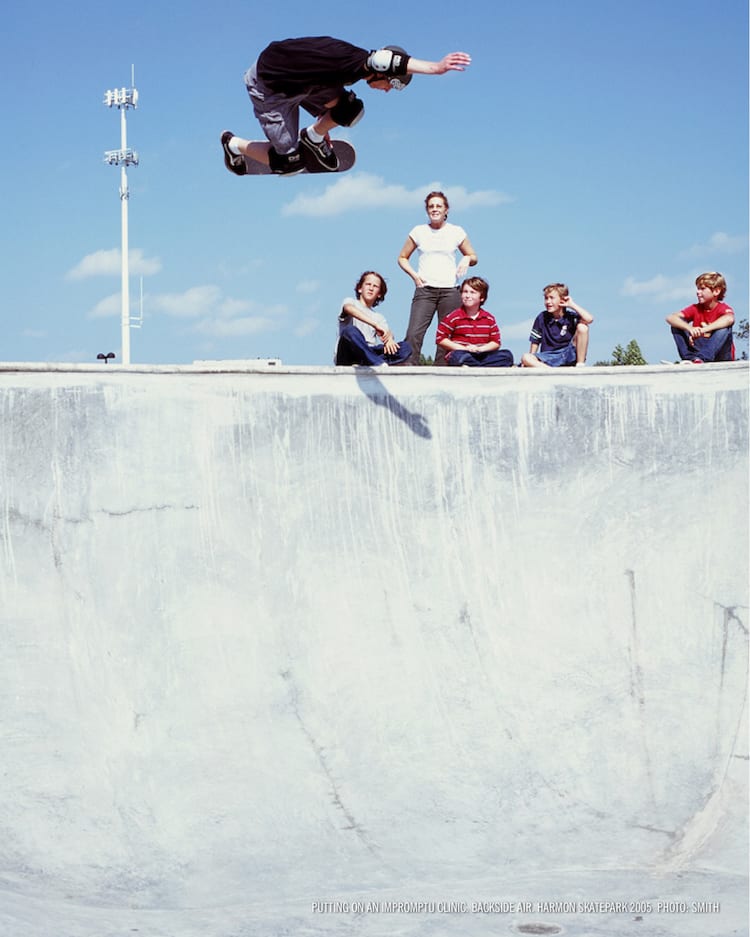 I think we can all agree that my father was the coolest, most amazing person any of us know. I have yet to meet anyone more caring, loving or giving than my dad. My entire life his friends would come to me and tell me how awesome he was and how lucky I was to have him as a father. They couldn’t have been more right. I once got a job at a restaurant just because the manager hoped that if I worked there that there would be a tiny chance that my dad might think about joining me and start bartending there. I’ve never once heard anyone say anything even remotely bad about him. Not one person can say he has done them wrong. My dad will forever be 51 years old and a legend to anyone who was lucky enough to know him. His love and kindness will continue to reach us for years to come. If he could hear me now, I’d say to him, “I am going to miss you, you old fart. I wish my time with you could have been longer. I know you love us dearly. We, and so many others, love you the same and will miss you so, so much. Now have a blast skating the heavens, Dad.” —Devin Lawrence 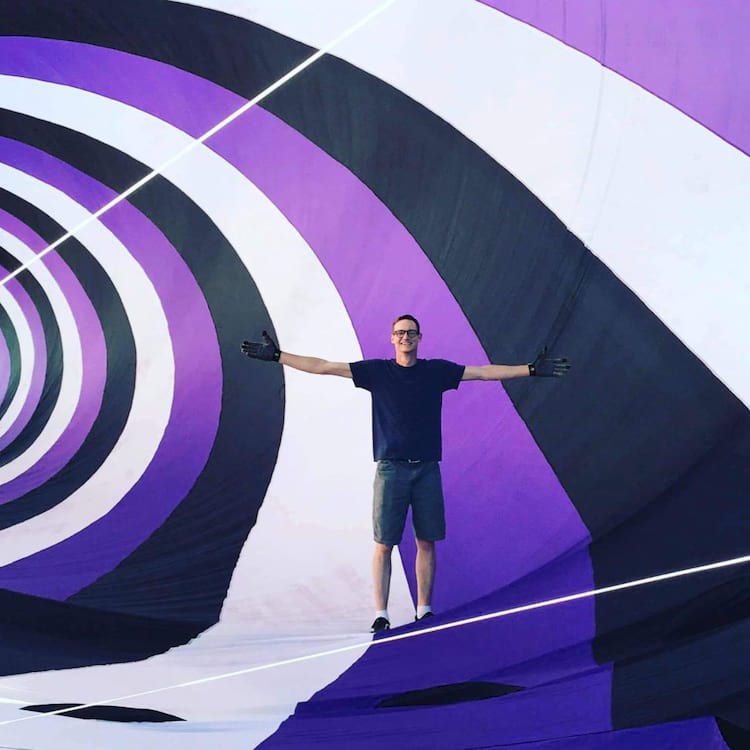 A few years back, Dad woke me up in the middle of the night and told me, “Pack your shit and don’t tell your mother. We’re going to skate in Michigan.” I called my good friend John and we packed and took off. We made it up to a Skatetopia-like private park called Ponds 7 and it was beautiful. Shortly after we went to the lake and relaxed for hours followed by fireworks as it was close to 4th of July. I’ll never forget how many smiles there were skating that night. —Aiden Lawrence 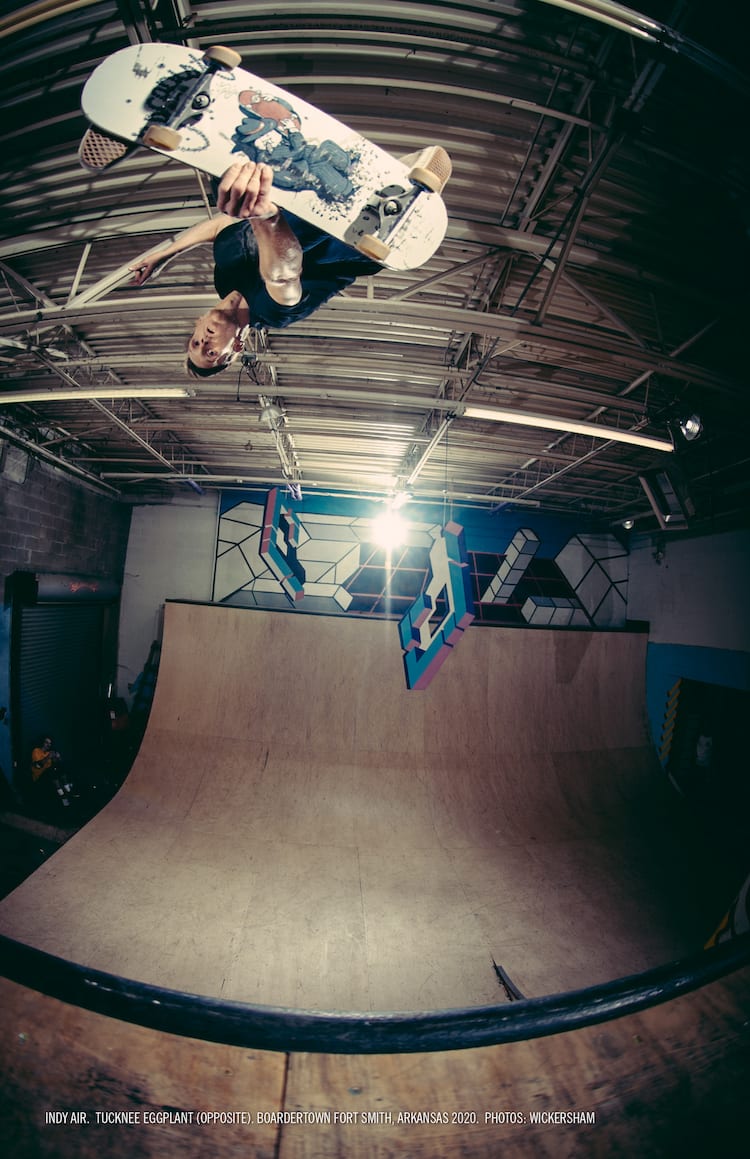 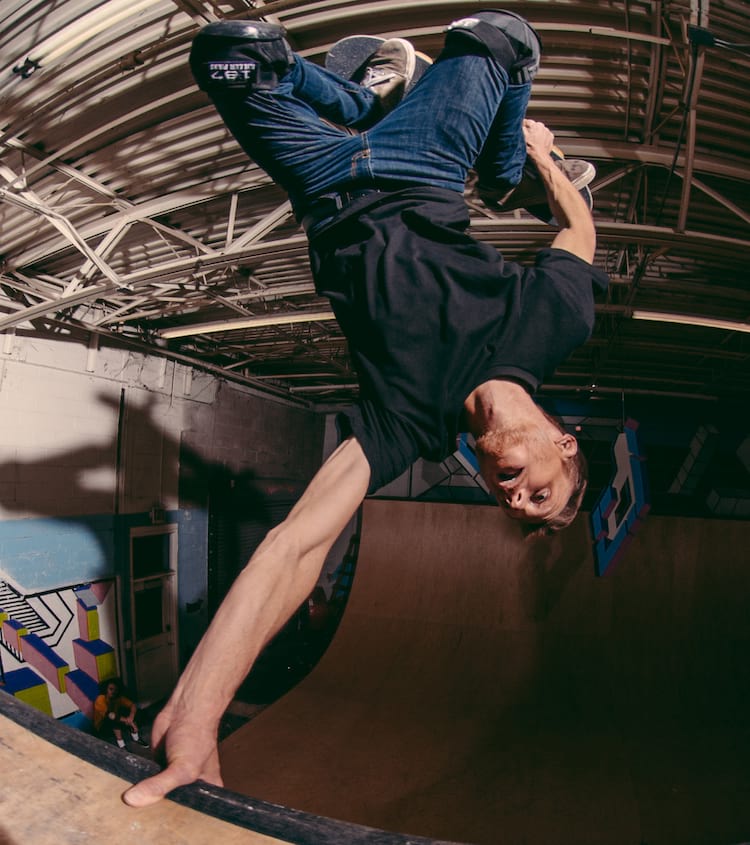 These two photos were shot in the winter of 2020 on a little weekend trip down to Arkansas. About five or so friends, including Corey and myself, had gotten an Airbnb for the weekend. I had been on a few trips with Corey prior to this, but this one was the top tier of them all. One night after everyone had gone to bed, Corey and I found ourselves on the porch chain-smoking cigarettes and enjoying the brisk Arkansas night. Seeing as how both of us had struggled with addiction in some capacity or another, that became an easy subject we dove into. We spent the next few hours sharing our experience, strength and hope with each other. It’s always a blessing being able to get on that level of vulnerability with someone. It reinforced what I already knew to be true about Corey. His love will live in our hearts forever. —Jake Wickersham 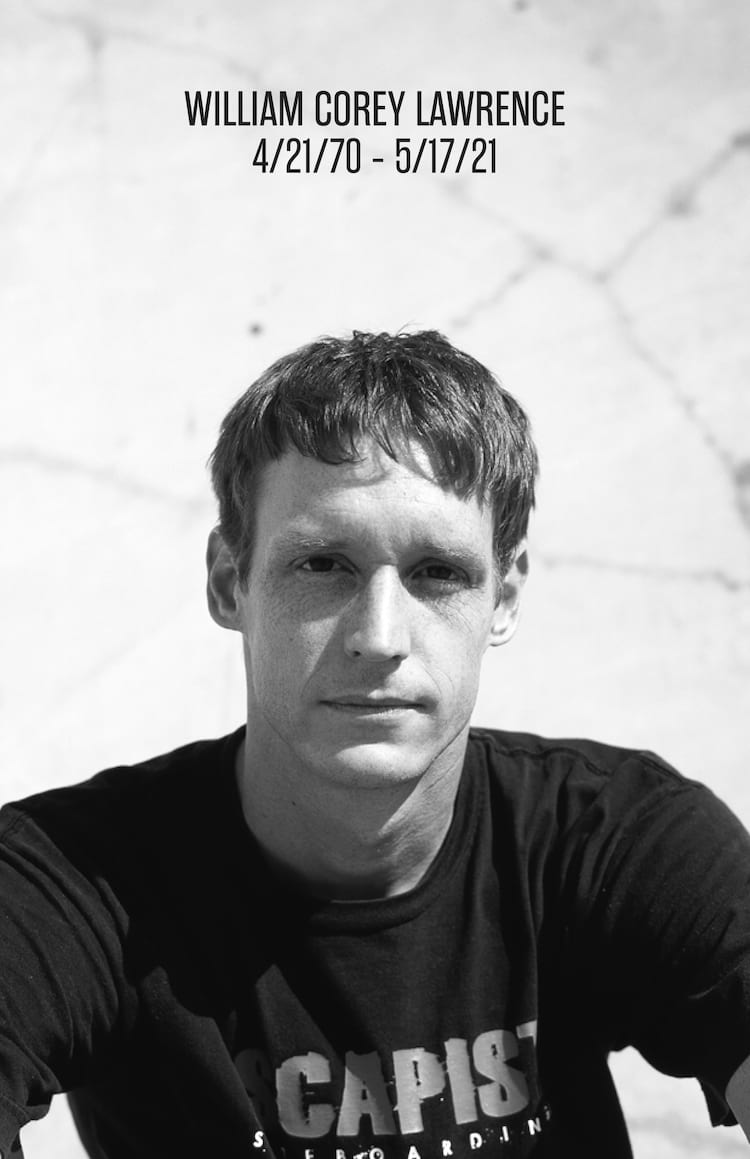 To read every touching memory and see more incredible photos from Corey’s life well lived, download and flip through the full zine here.