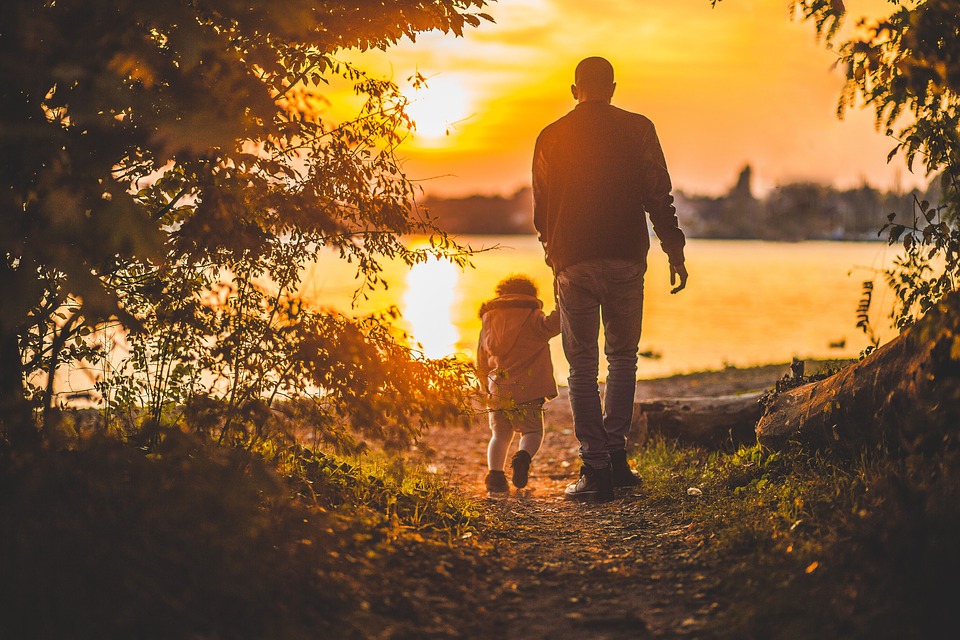 I remember the moment my little boy was born. I was there in the operating theatre sitting there beside my wife; the brilliant white lights angrily beating down on her bloodied body. He had been a difficult birth and now after the trauma was over she was slipping in and out of consciousness whilst I was there to take care of the rest.

The nurse that sat beside me took my son to a cold table to clean him and wrap him up all snug and warm. He whimpered as she done this.

“He’s 6 pounds, 11” She excitedly called over to me. He was at least two weeks premature and from my understanding that was a good weight for such an early birth.

I remember when they placed him down in my arms — I was the first one to hold him. He was wrapped tightly in a warm swaddle blanket and looked up at me as if to wonder what that big huge blobby mess was in front of him. Then, his eyes rolled back into his head and he fell fast asleep.

If you’re looking for the Sistine-chapel type birth where the father is passed the baby and it grabs his finger and everyone coo’s — no, our birth was quite a shambles. My wife nearly died and I was just about left with nothing — but thanks to quick work by the doctors both were saved and we all lived on to fight another day.

It wasn’t instant the connection you know. Truth be told when he was placed on my lap and he was trying to focus on me but his eyes kept rolling back into his head. I was more numb than anything. Numbness was all that I felt. No extreme joy, no overwhelming love, nothing. That came a few days later after a few life changing realisations; that he’d be dependent on me for everything, that my life was now his life, and that my actions would definitely impact on everything he does.

I love my son, you know? I don’t think there is much understanding of the sacrifice a father does for his family, or at least I’ve never really read an article about it, not during my fatherhood years anyway. And if there is a lot of understanding then it sure isn’t being represented in the mainstream media. I’m currently building an empire, and it’s not for me, it’s never for me. It’s so that my son can be set up for life after I’m gone.

I’ve sacrificed all of my bad habits. The beer, the going out and getting slashed at night, the tobacco; in fact I think if you ask a lot of dads they’ll tell you that their life is now quiet and it consists of going to work and then having an early night. We work hard so that our families can survive. So that they can prosper once we’re gone.

My wife and I, our relationship is a harmonious union of supporting each other. What she can’t do I will pick up the slack, and what I can’t do she will pick up the slack with some leeway in between. I mean I’m not perfect, and neither is she, so on occasion we will irritate each other by what we’re not doing, but there are clear lines of communication and we make sure we talk about that stuff. Always bettering ourselves.

She’s the most supportive woman I’ve ever met when it comes to having a relationship with Alex. Always encouraging me to interact with him on some level. Alex even comes to me occasionally for hugs when he’s hurt himself, or whoever is closest. You see, I didn’t really have an on call dad all the time; this stuff is really new to me, and well, I’m learning it as I go along. One thing is for sure is that I’ll always be there for him. And no matter what trouble he’s found himself in — I’ll always be there to call upon.

Not having my own dad in the house has made me understand the impact that had on me in my youth, how my yearning for a father figure played out in the most horrible of ways. I would attach myself to friends and pedestal them as a guiding light towards my own masculinity — and that sometimes was often bad, because even although they seemed like they knew it all, just like me, they were trying to figure it all out themselves.

Personally, I think the rising amount of fatherlessness is probably the greatest injustice of the 20th century. Even when I give my son a warm hug and think to myself that how awesome it will be for him growing up not having any of the problems that I grew up with, there’s still that empty hole in my heart where a warm father’s hug should be. I don’t know what it’s like to be loved unconditionally by a dad; hell, I don’t even know what it’s like to be held lovingly by a dad. My own dad, when present, was distant.

And I don’t even talk about biological dads. A father figure is ample enough. My mum, when I was seven years old, dated a man that would take me out every Saturday for a day and we’d have a whale of a time. It didn’t matter where we went; the beach, to play snooker, to the swimming pool. Honestly, those memories still stay with me today. I got a taste of what having a good dad was like. I can actually play snooker and shoot pool today because of him. And when that was ripped away from me it was like a knife to the chest.

But I don’t let that empty wound stop me of course, if anything it only gives me strength to keep going; rather than use it as a crutch to be distant with my own kid I use it as power-fuel to be the best dad that I possibly can be. I think a lot of men can feel me on this one.